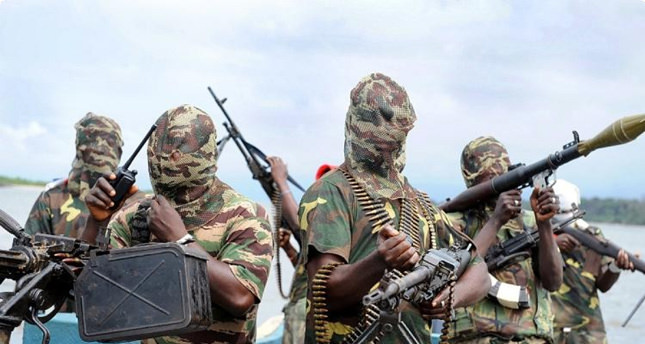 by AA May 08, 2014 12:00 am
ANKARA —The Nigerian militiant group Boko Haram are "abusing the name of religion", Nigeria's ambassador to Ankara told Anagolu Agency on Thursday.

The group based in northern Nigeria, whose name is translated from the local Hausa language as "Western education is forbidden", abducted more than 200 schoolgirls in the country's northeastern state Borno in mid-April.

The group first emerged in the 1990s in opposition to the Nigerian government and education system but began to attract attention for militancy in 2002, after the failure of plans to implement Shariah law in northern states.

"Boko Haram has nothing to do with religion. How can they claim to be Muslims while they are kidnapping innocent people?" said Ahmed Abdulhamid Madori.

"They are killings Muslims, Christians and destroying mosques and churches. They are trying to hang on to religion."

Madori said it was a serious threat not only to Nigeria but to the entire world. Boko Haram had refused to free the kidnapped school girls and threatened to sell them into marriage and slavery.

"We are doing everything possible within our means to make sure that we recover these ladies without casualties," he added.

As news about further kidnappings continues to emerge, the U.S. and U.K have both sent teams of experts to Nigeria to assist the Nigerian government in rescuing the abducted girls.

The Nigerian government offered to pay US$300,000 to anyone who can help locate the abducted schoolgirls.