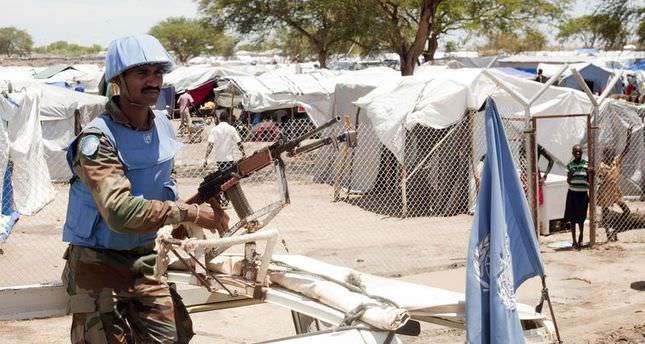 by May 08, 2014 12:00 am
ADDIS ABABA — South Sudan's government said on Wednesday it had ordered a one-month suspension of attacks on rebel forces as international pressure mounts for an end to an ethnic conflict that has raised fears of genocide.

South Sudanese Information Minister Michael Makuei Lueth said the government's commitment to honor a "month of tranquility", proposed on Monday at peace talks in Ethiopia, meant the army could still fight back if attacked.

There was no immediate word from the rebels.