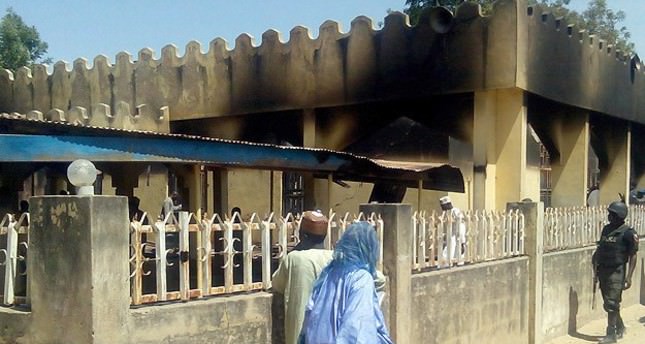 by AA May 12, 2014 12:00 am
ABUJA — A number of mosques and churches have been reportedly burnt in Kachia town of Nigeria's northwest Kaduna State as sectarian clashes erupted between Muslim and Christian youths, local residents said.

The violence erupted when a fence of a Muslim praying ground was brought down by unknown persons, who Muslims suspected to be Christians in the area, the local residents said.

The violence left no casualties, according to police spokesman Aminu Lawal who spoke to newsmen in the state's capital city, Kaduna.