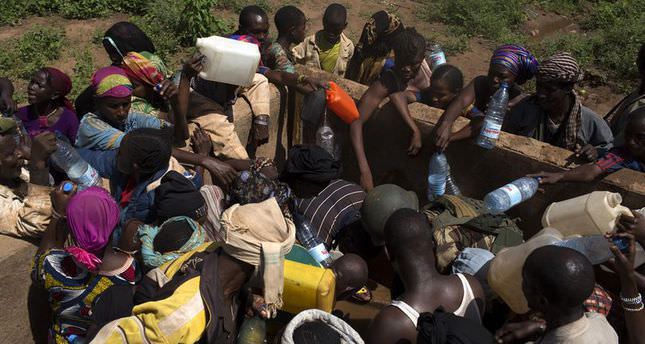 by AA May 13, 2014 12:00 am
TUNIS — Chad has decided to close its border with the Central African Republic (CAR), the presidency said Monday.

The decision was taken during a May 8 tour by Chadian President Idriss Deby Itno to the border with CAR, the presidency said in a statement on its website, noting that the border would remain closed indefinitely.

"You should know that we decided to close our border with CAR starting from today," the Sunday statement quoted Itno as telling residents of the border area.

He added that Chadians would still be able to reenter their country from CAR, stressing that the border closure would be maintained until the situation stabilized in Chad's troubled neighbor.

Landlocked and mineral-rich, the CAR descended into anarchy one year ago when seleka rebels – said to be mostly Muslim – ousted Christian president Francois Bozize, who had come to power in a 2003 coup.

According to the U.N. refugee agency (UNHCR), around 173,000 people have been internally displaced by the violence since last December, while 37,000 others have fled to neighboring countries.

Over 30,000 have sought refuge in the Democratic Republic of Congo, while Chad has received some 5600 and Cameroon roughly 1000 refugees, according to UNHCR figures.