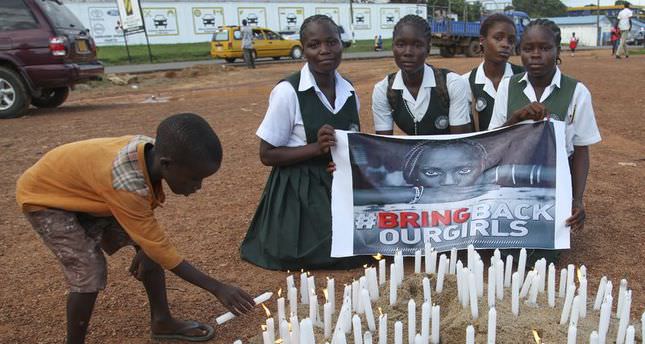 by AA May 18, 2014 12:00 am
LAGOS — Boko Haram militant group has allegedly threatened to attack two boys-only schools in Benue State, in the mideast region of Nigeria, to marry them off to schoolgirls abducted last month.

The Nigerian news agency on Sunday quoted the principal of the Government College Makurdi as saying that the insurgents had sent two letters threatening to invade the school to abduct boys.

"It is true that we saw two letters informing us of the intention of the sect to invade our school on Friday (May 16) or Monday (19)," Godfrey Ugudu was quoted as saying.

"The two letters, which were written in pidgin English, were sighted inside one of the classrooms and the second one was slipped into the staff room," he added.

According to Ugudu, the militants had also threatened to attack another nearby school, the Mount Saint Gabriel Secondary School.

"The sect stated that they were coming on either of the two days to abduct our boys whom they would marry to the secondary school girls abducted in Chibok," he suggested.

Last month, Boko Haram militants stormed a school in Borno State's Chibok town, located on the fringes of Sambisa Forest, loading scores of schoolgirls onto trucks before driving away unchallenged.