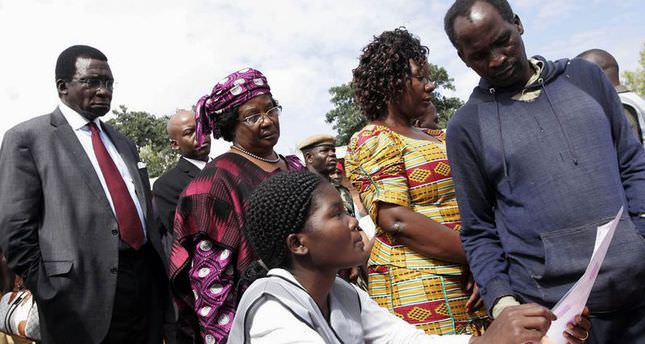 by May 26, 2014 12:00 am
LILONGWE — Malawi's electoral authorities said they would reopen ballot boxes after finding evidence of irregularities, as the country was thrown into a constitutional crisis over its disputed poll.

"In the course of vote tallying, there are cases being discovered where the total number of votes cast is more than the total registered voters for the centre," Maxon Mbendera, chairman of the Malawi Electoral Commission, said in a statement on Sunday.

"It has been agreed with political parties that this can be resolved by opening the ballot boxes and doing a physical audit," he said.

The recount could start this week after an implementation plan was thrashed out on Sunday with political parties.

On Saturday, Malawi's President Joyce Banda declared the election "null and void", claiming there were "serious irregularities" with the poll.

She issued a decree that vote counting should stop and called for fresh elections in 90 days.


But just hours after her announcement, Malawi's high court issued an injunction preventing the president from annulling the poll.