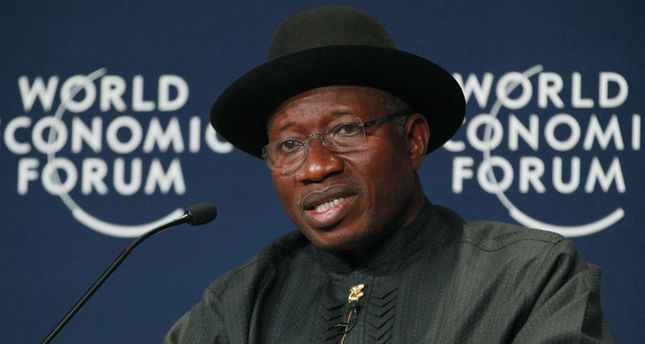 by May 29, 2014 12:00 am
ABUJA — Nigeria's president said on Thursday he had ordered "a full-scale operation" against Boko Haram militants and sought to reassure the parents of 219 schoolgirls being held by the group that their children would be freed.

Speaking on Nigeria's Democracy Day, Goodluck Jonathan said he had authorised security forces to use any means necessary under the law to ensure that Boko Haram, which operates in the country's northeast is defeated.

"I am determined to protect our democracy, our national unity and our political stability, by waging a total war against terrorism," Jonathan said in a TV speech.

It was not immediately what such an offensive could entail given that the northeast of the country has been under a state of emergency and a full scale military operation for a year. Nigerian forces are also hugely overstretched.

The phrase "total war", however, was used by Chad's President Idriss Deby following a meeting of Nigeria's neighbors in Paris in mid-May, in which they sought a common strategy to fight the militants.

"I assure you ... that these thugs will be driven away. It will not happen overnight, but we will spare no effort to achieve this goal," Jonathan said.

On April 14 Boko Haram militants surrounded a secondary school in the remote northeastern village of Chibok and took away 276 girls who had been taking exams in trucks, according to official figures from an audit this week.