Children of Somalia fight against measles 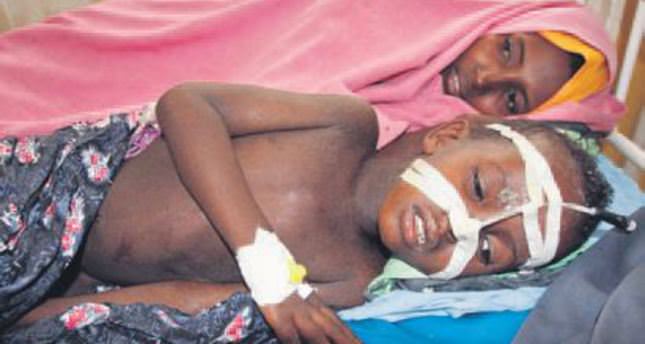 by Jun 13, 2014 12:00 am
Thousands of children in war-torn Somalia are facing death or disability due to an outbreak of highly contagious measles, the United Nations said Tuesday. Recent rates of infection are four times higher than the same time last year, and a vaccination campaign must be "urgently conducted to prevent thousands of avoidable deaths," the U.N. children's agency UNICEF and the World Health Organization (WHO) warned in a joint statement.

The outbreak comes amid renewed warnings that impoverished Somalia risks sliding back into acute crisis less than three years since a devastating famine, amid poor rains, escalating conflict and aid funding shortfalls. "We have a very high number of malnourished Somali children," UNICEF chief for Somalia Sikander Khan said. "Malnourished children here are more susceptible to disease and are more likely to die or suffer life-long disability such as blindness, deafness or brain damage as a result of contracting measles."

The WHO head for Somalia, Ghulam Popal, said the outbreak was "extremely alarming," warning that 10 percent of children infected could die from complications.

Around half a million children have been vaccinated in recent months, but the U.N. says some 5 million in total need of protection. In some parts of Somalia - notably southern and central regions including areas where African Union troops are battling al- Qaeda-linked al-Shabaab insurgents - immunization rates are as low as 15 percent. Less than a third of children aged under a year were vaccinated countrywide in 2013. Somalia was the hardest hit by extreme drought in 2011 that affected over 13 million people across the Horn of Africa, with famine zones declared in large parts of the warravaged south. One in five children dies before his or her fifth birthday with measles one of the main causes, according to the U.N. The measles campaign would cost some $9 million (TL 18.72 million), but aid agencies are already struggling to raise the funds needed for other emergencies in the country.
RELATED TOPICS