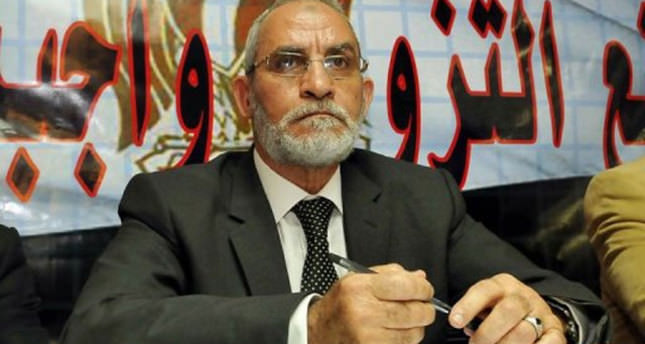 The sentences will now be sent to Egypt's chief Islamic legal authority, the grand mufti, to approve or reject them. The court will reconvene on August 3 to announce the final verdict.

The defendants were charged with killing nine people, illegally possessing weapons and damaging state institutions. The rulings may be appealed.

The case is related to the violence that erupted in Giza, south of Cairo, on July 22 - 18 days after the army deposed Morsi following massive street protests against his one-year rule.

Badie received a preliminary death sentence in April in another case in the southern province of Minya. The court will reconvene on June 21 to declare the final verdict.

The group has repeatedly denied links to violence, accusing authorities of oppression.