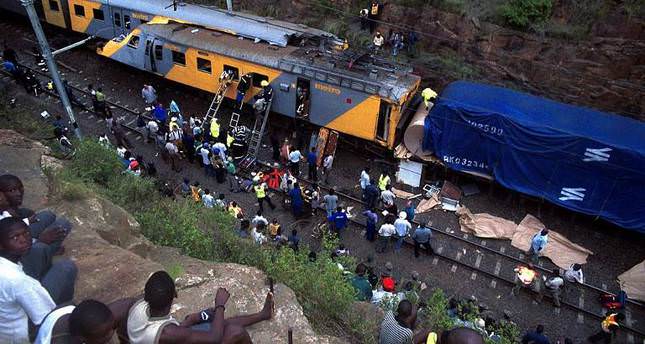 by Jul 08, 2014 12:00 am
Two trains crashed into each other in a suburb outside South Africa's eastern coastal city of Durban on Tuesday, injuring about 80 people, rescuers told AFP.

"There was a train collision in Berea, Durban. The two trains collided and there are about 80 people who are injured. No fatalities have been reported so far," said Luyanda Majija, spokeswoman for the ER24 rescue service.