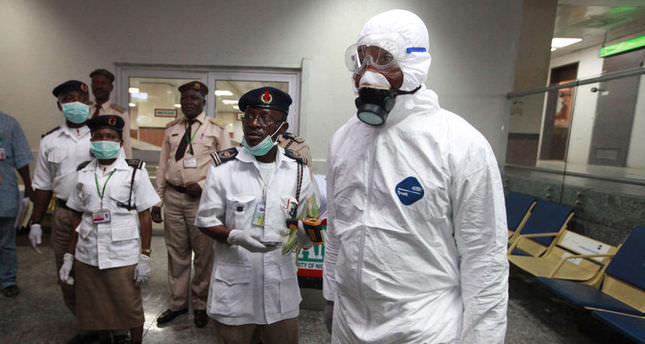 In a statement, the UN health agency said that its latest updated figures took account of 108 new cases and 45 deaths reported by Guinea, Liberia, Nigeria and Sierra Leone between last Saturday and Monday.

The total number of laboratory-confirmed, probable or suspected cases of Ebola has now reached 1,711 since the outbreak in west Africa began in January, according to the WHO's figures.

The agency said that of the 45 new deaths, 27 were in Liberia, 13 in Sierra Leone and five in Guinea, where the outbreak began.
Sierra Leone's case-count has overtaken Guinea's over recent months.

Although Guinea recorded just 10 new cases, it still has the highest death toll.

In total, Guinea has seen 363 fatalities and 495 cases and since the outbreak began.

The WHO listed five new cases in Nigeria, taking that country's count to nine, with one death.

Earlier Wednesday, Nigeria had confirmed five new cases in Lagos and a second death from the virus, bringing the total number of infections in sub-Saharan Africa's largest city to seven.