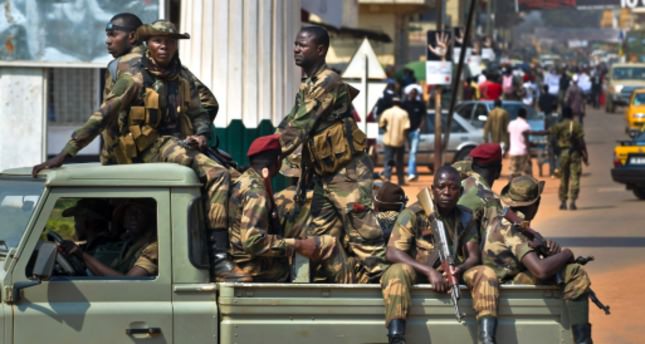 by AA Aug 16, 2014 12:00 am
At least 34 people were killed between Wednesday and Friday in clashes between suspected predominantly Muslim seleka militiamen and armed shepherds in M'bres, a town in the northern part of the Central African Republic, Bienvenu Sarabada, the head of a town municipal council, said.

"The attackers had shot the victims – some of them were trying to seek hiding in the jungle – from a short distance," Sarabada told Anadolu Agency, without determining who the attackers had belonged to.

He said some of the victims were hung, while others were beaten and tortured to death.

AA could not immediately obtain comments from the seleka militia.
The new spate of violence proves the hollow nature of a ceasefire signed by Central African Republic's rivals in the Democratic Republic of Congo on July 23.

The violence also comes hard on the heels of the appointment of the first Muslim prime minister in the country.
Last Update: Aug 16, 2014 6:48 pm
RELATED TOPICS