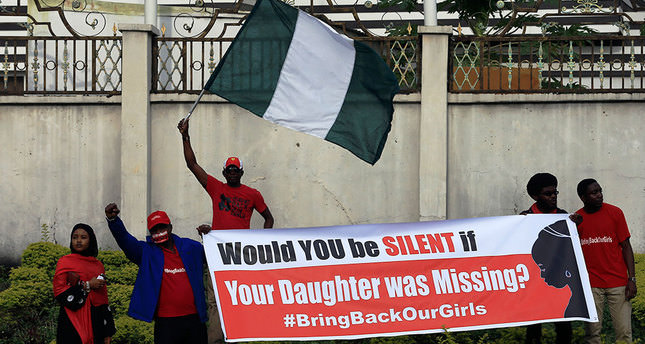 by Daily Sabah with Agencies Aug 16, 2014 12:00 am
Boko Haram on Friday have allegedly abducted dozens of boys and men from a remote village in Northeast Nigeria witnesses said.

The new kidnapping came four months after more than 200 schoolgirls were abducted from another village.

Witnesses claimed all men and boys were threatened to be killed if they did not get into the trucks. Boko Haram is said to have allegedly killed six elderly men during Sunday's raids, claimed the female villagers.