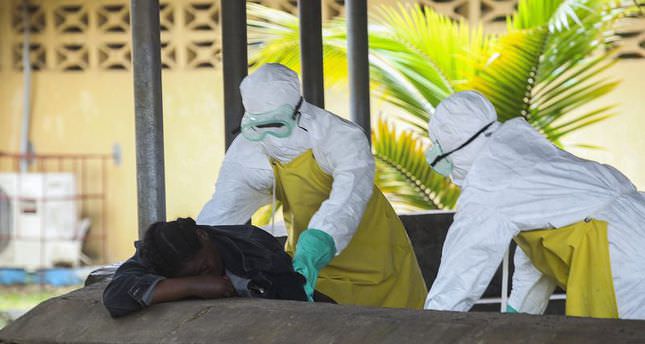 by Associated Press Aug 19, 2014 12:00 am
All the people who were being screened for Ebola when they fled a health center during looting are now back in a hospital, a Liberian official said Tuesday.

The patients ran away when an Ebola holding facility was ransacked in Liberia's capital, Monrovia, on Saturday night, raising fears that the deadly virus might spread into the densely populated slum surrounding it. Information Minister Lewis Brown said Tuesday that the last 17 people who were missing are now in a treatment center at the capital's major hospital.

The people who fled have not yet been confirmed with Ebola; they were in the holding center because they were at risk of getting the disease. Brown said they are now being tested.

"They were traced and finally they turned themselves in at the JFK" hospital, Brown told The Associated Press.

During the looting, residents of the West Point slum stole bloody sheets and mattresses, which could spread the disease further. It is not clear where those items are.

The raid was the latest setback in the struggle to contain the outbreak, which the World Health Organization said Tuesday has killed more than 1,200 people in Guinea, Liberia, Sierra Leone and Nigeria since it began in December 2013. More than 2,200 have been sickened.

Authorities have had difficulty persuading the sick to seek treatment, relatives have sometimes taken their loved ones away from health centers and mobs have occasionally attacked health workers.

But the WHO said Tuesday that it is seeing some encouraging signs in Guinea, where people from villages that had previously rejected outside help were beginning to seek medical care. The statement said the situation is "less alarming" in Guinea than it is in Liberia and Sierra Leone.

The WHO also said that there is "cautious optimism" that the spread of the virus in Nigeria can be stopped. So far, all recorded cases have been linked to one man, who flew from Liberia to Nigeria while he was already infected. Experts have extensively searched for anyone he or those he infected came into contact with and isolated all the sick.

"The outbreak is not under control," the statement said, despite some progress. "As recent experience shows, progress is fragile, with a real risk that the outbreak could experience another flare-up."

In an effort to stem the spread of Ebola, officials have imposed quarantines and travel restrictions for the sick and those in contact with them, sometimes shutting off whole villages and counties.

Those restrictions are limiting access to food and other basic necessities, said the WHO. The U.N. World Food Program has said that it is preparing to deliver food to 1 million people over the next three months.

"I think now there is a high vigilance in all countries," Fadela Chaib, a WHO spokeswoman told reporters in Geneva. "I can't remember the last time we fed 1 million people in a quarantine situation."