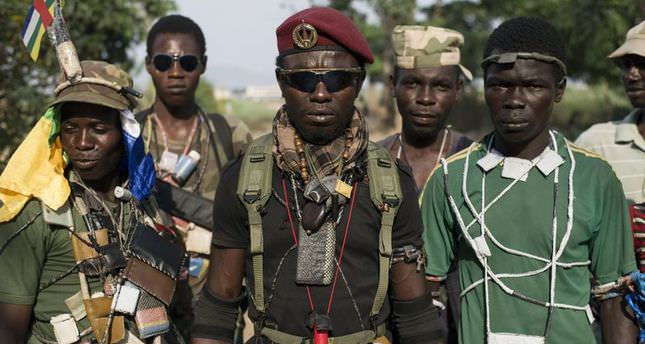 by AA Aug 21, 2014 12:00 am
A volunteer with the Central African Republic's Red Cross society was killed Wednesday in clashes in the capital Bangui, the international organization said.

Bienvenu Bandios was hit by a bullet while evacuating casualties in Bangui's majority-Muslim KM5 neighborhood, the International Red Cross and Red Crescent Movement said in a statement released in Bangui. "We are greatly dismayed by this tragic loss of life," Antoine Mbao Bogo, president of the Central African Red Cross, was quoted by the statement as having said. "It is shocking and unacceptable." The group also urged all parties to the conflict in the war-torn nation to guarantee the security of humanitarian workers and to refrain from harming Red Cross volunteers or other members of the movement.

Clashes erupted Tuesday in KM5 between local militants and the EU Force in the Central African Republic (EUFOR- RCA) as European forces claimed that one of their patrols was attacked by a group of Muslim militants in the area. At least one Muslim man was killed and four others injured in the violence.

The land-locked country descended into anarchy last year when Muslim Seleka militias ousted then-President Francois Bozize, a Christian who had come to power in a 2003 coup, and installed Michel Djotodia as an interim president. The country was plagued by tit-for-tat sectarian violence between Seleka fighters and Christian militiamen. Anti-Muslim violence surged after Djotodia stepped down in January and was replaced by Catherine Samba-Panza, a Christian who formerly served as mayor of the capital Bangui. A ceasefire signed by the warring parties in Brazzaville, the capital of the Democratic Republic of Congo, on July 23 has failed to end violence. President Samba-Panza has recently appointed Mahamat Kamoun, a Muslim who had headed up the office of Djotodia, as prime minister.