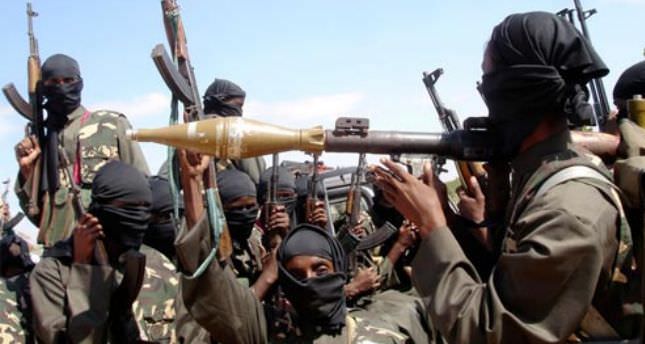 by Daily Sabah Aug 26, 2014 12:00 am
The leader of the Nigerian militant group Boko Haram, which seeks to apply an extremist religious jurisprudence in Nigeria, said its fighters rule the northern city of Gwoza by Sharia in a video aired on YouTube.

The Nigerian army denied that Boko Haram had control of the city, although security sources and witnesses said police and soldiers had been driven out of the city. Abubakar Shekau, the leader of the militant group, in video recorded speeches that are often as chilling for his rambling incoherence as for any message they contain, have become a regular feature of the militant leader's bid to project himself as public enemy number one in Africa's biggest economy. His forces have killed thousands since launching an uprising in 2009 and are seen as the biggest security threat to the continent's leading energy producer.

In the latest statement released through his network late on Sunday, the militant, who says he is fighting to create an Islamic state in Nigeria, said his forces were now in control of the hilly border town of Gwoza, near the frontier with Cameroon, after more than a week of fighting there. "Allah has granted us success in Gwoza because we have risen to do Allah's work," Shekau said, reading a statement off a notebook with two masked gunmen on each side of him and three 4x4 vehicles behind him in thinly forested bush.
RELATED TOPICS