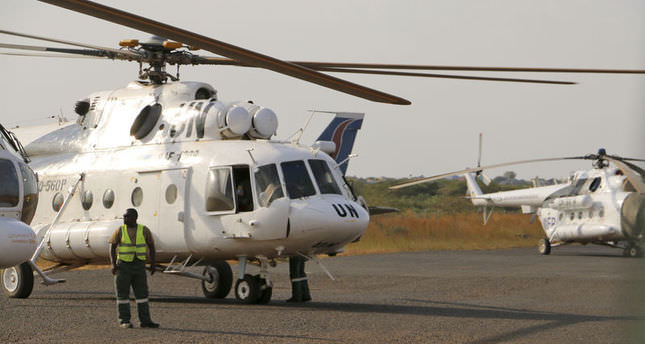 by AA Aug 26, 2014 12:00 am
The United Nations Mission in South Sudan (UNMISS) has confirmed that three crew members of a U.N.-contracted MI-8 helicopter were killed on Tuesday afternoon in a crash near Bentiu in Unity State.

"I wish to convey my heartfelt condolences to the families of the deceased and wish a full and speedy recovery to the injured crew member," Toby Lanzer, the officer-in-charge of UNMISS, said in a statement.

"The helicopter, which was on a routine cargo flight from Wau in Western Bahr al-Ghazal State to Bentiu, lost contact with UNMISS at 14:28 hours," he added.

UNMISS has since launched an investigation to determine the cause of the crash.