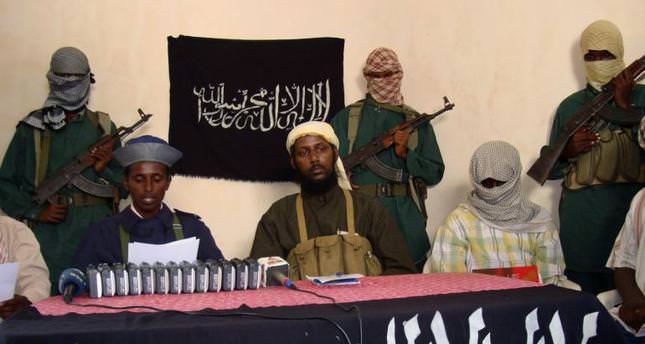 by Sep 07, 2014 12:00 am
The radical militant group al-Shabaab has vowed revenge for the killing of its leader by a U.S. airstrike in Somalia and named a successor, according to broadcaster Al Jazeera late Saturday. Al-Shabaab released a statement Saturday evening saying it had appointed Ahmed Omar Abu Ubeyda as the new commander.

The group confirmed that a drone strike had killed Abu Godane and three of its top lieutenants, who were not named, last week. Spokesman Sheikh Ali Mohamud Rage said al-Shabaab was "proud" of "their martyrdom."

"Our leader was a hero," Rage said in an audio message posted on the pro-al-Shabaab website www.somalimemo.net.

"That death will not deter us from the holy war and we are committed to continuing our jihad until we confirm our ambition to establish an Islamic state in the Horn of Africa," he added.

In a message given to Al Jazeera, the group declared that it would never give up or forgets its oath to avenge the death of Godane, a co-founder of al-Shabaab.

It said his successor had been named in a unanimous decision, according to the BBC. Ubeyda is not known in Somalia for anything special about his background or position in the group. Godane had claimed credit for ordering the 2013 attack on a shopping mall in Nairobi that killed 67 people. He said it was to avenge Kenyan and Western action against al-Shabaab in Somalia.

The airstrike that killed Godane occurred Monday, but his death was not certain until the U.S. military and the Somali government confirmed it Friday. On Saturday, Kenyan President Uhuru Kenyatta expressed his gratitude. "We owe the United States and its soldiers our heartfelt thanks for bringing an end to Godane's career of death and destruction and finally allowing us to begin our healing process," he said, in a statement quoted by the Daily Nation. "Removing Godane from the battlefield is a major symbolic and operational loss to al-Shabaab," U.S. military spokesman Rear Admiral John Kirby said.

"His death is great news for the Somali people because he was responsible for the killing of thousands of innocent people in his so-called holy war," Somali National Security Ministry spokesman Mohamed Yusuf said. The White House said the killing of Godane was the result of years of intelligence, defense and law enforcement work.

Somali President Hassan Sheikh Mohamud said the U.S. airstrike had been conducted "with the full knowledge and agreement" of the government. "This is an international battle against the scourge of terrorism, and the government and the people of Somalia greatly value the support of our international allies," he said.

The president reiterated an earlier government offer of amnesty to al-Shabaab members if they surrender within 45 days. Mohamud said the death of Godane might trigger a leadership struggle among the hardcore. But he added that it was a "chance for the majority of members of al-Shabaab to change course and reject Godane's decision to make them the pawns of an international terror campaign." He also declared that the insurgency was "collapsing," while Somali and African Union forces were "clearing the remaining pockets of al-Shabaab out of the countryside."