UN chief calls for about $1 billion to fight Ebola 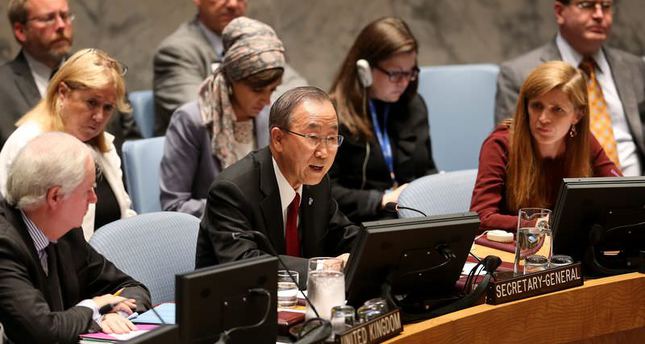 by Associated Press Sep 18, 2014 12:00 am
Secretary-General Ban Ki-moon says the number of Ebola cases is doubling every three weeks and is calling for a 20-fold increase in aid totaling almost $1 billion to tackle the virus's worst-ever outbreak over the next six months.

The U.N. chief told an emergency meeting of the Security Council on Thursday that the ebola epidemic in West Africa "demands the attention of the world" and "unprecedented" action.

Ban announced that he is establishing a U.N. emergency mission to address the unprecedented challenge.

He thanked U.S. President Barack Obama for sending 3,000 troops to provide expertise in training and engineering, read the names of about 20 other countries that have responded with contributions and urged all nations coming to the U.N. General Assembly ministerial meeting next week to follow suit.