Ebola death toll in West Africa rises to 2,803: WHO 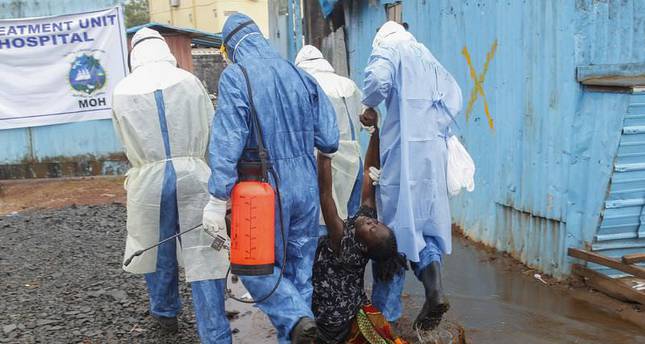 "5,843 probable, confirmed and suspected cases and 2,803 deaths have been reported in the current outbreak of Ebola Virus Disease (EVD) in West Africa (Guinea, Liberia and Sierra Leone)," WHO said in a statement issued on Monday.

According to the latest WHO figures for the countries with widespread and intense Ebola transmission, there are 1008 cases and 632 deaths from Ebola in Guinea, 3022 cases and 1578 deaths in Liberia and 1813 cases and 593 deaths in Sierra Leone.

The international organization also reported that 186 health workers have died as a result of infection (35 in Guinea, 85 in Liberia, 5 in Nigeria, and 61 in Sierra Leone).