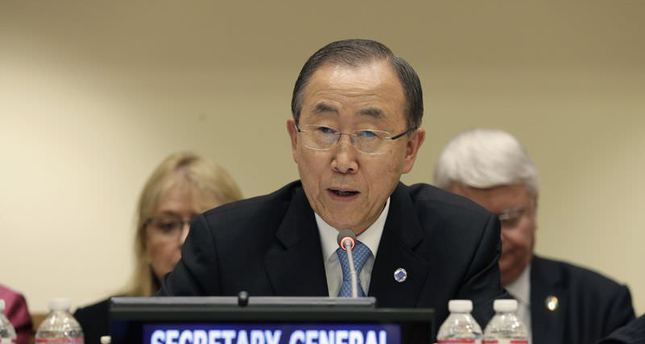 Ban Ki-moon on Saturday condemned continuing attacks by "terrorists" on U.N. peacekeepers and civilians in the vast northern region. At least 21 peacekeepers have been killed since the U.N. mission in Mali began in July 2013.

Northern Mali fell under control of Tuareg separatists and then al-Qaida-linked extremists following a military coup in 2012. A French-led intervention last year scattered the extremists, but some remain active.

Peace talks have begun between the Malian government and Tuaregs, but al-Qaida is not participating.

U.N. peacekeeping chief Herve Ladsous told reporters later Saturday that with the presence of French forces greatly reduced in the region, U.N. peacekeeping forces have to take a more dynamic stance and go in search of the attackers.

"We can't be sitting ducks," he said.

President Ibrahim Boubacar Keita told a U.N. meeting on Saturday that Mali must not again become a haven for terrorists chased from other regions.