Egypt to increase pressure on universities 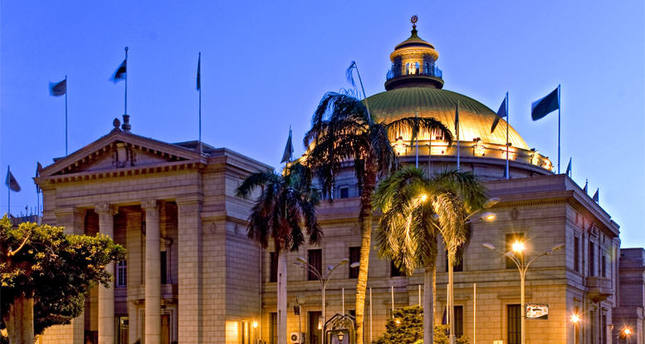 by Daily Sabah Oct 11, 2014 12:00 am
Since the academic year began in Egyptian universities the government has started implementing new measures to clamp down on political activism on campuses, which will affect both students and academics. Cairo University President Gaber Nasser has already banned on-campus political activity, threatening to expel any student who engages in activity linked to a specific political party or organization. The students of Alexandria University said they were threatened with being considered members or sympathizers of the Muslim Brotherhood and expelled from the school if they carry out any political activity. To renew their ID cards students of Mansoura University have been forced to sign a document saying they will "respect the traditions and norms of the university."

The government has increased measures to prevent students from protesting President Abdel-Fattah el-Sissi, who took power after toppling the first democratically elected Egyptian president, Mohammed Morsi. In one of his first moves after his inauguration in June, Sissi halted the election of university presidents by professors and deans, a practice that began after the 2011 uprising that ousted autocrat Hosni Mubarak. Instead, he reinstated the Mubarak-era practice by which the head of state chooses the heads of universities.