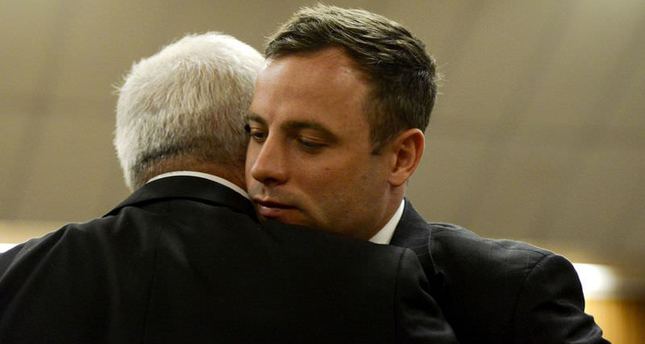 by Associated Press Oct 21, 2014 12:00 am
Oscar Pistorius was sentenced Tuesday to five years in prison for killing girlfriend Reeva Steenkamp by a South African judge who cited the "gross negligence" he showed when he shot her multiple times through a toilet cubicle door in his home.

Judge Thokozile Masipa also sentenced the double-amputee Olympian to three years in prison for unlawfully firing a gun in a restaurant in a separate incident weeks before Steenkamp's 2013 shooting death. She ordered that sentence to be wholly suspended.

Masipa delivered her ruling after reviewing prosecution arguments for a tough sentence as well as the defense case for a more lenient punishment for Pistorius.

Pistorius killed Steenkamp on Valentine's Day last year, shooting her through a toilet door in his home. Pistorius testified that the shooting was an accident because he mistook his girlfriend for a nighttime intruder.

Masipa convicted him of culpable homicide, or negligent killing, but acquitted him of murder.

Pistorius stood as the judge announced his sentence, and then left the courtroom and walked down a flight of stairs that lead to holding cells. His sentence starts immediately.

Legal experts said the section Judge Masipa quoted when she handed down Pistorius' sentence provides that his prison term be a maximum of five years and the runner could be eligible for house arrest after serving eight months in jail.