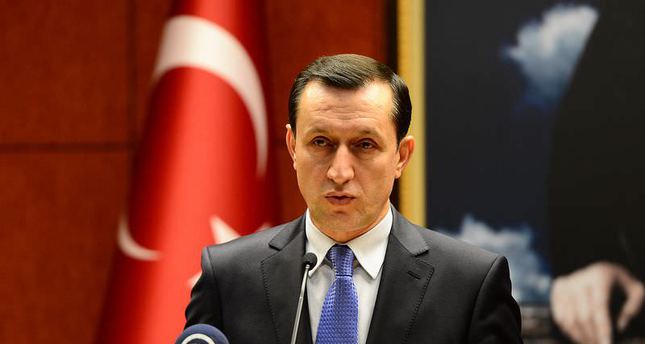 by AA Oct 22, 2014 12:00 am
Turkey's special envoy for Libya, Emrullah Isler, believes that the crisis in Libya can be overcome by national dialogue and deliberation.

Addressing the media after his two-day visit to Libya, Isler called for an end to violence in the country.

Libya has been dogged by political instability since the 2011 ouster and death of strongman Muammar Gaddafi.

"The international community should examine the situation in Libya carefully," Isler said. "A foreign approach to the issue is intolerable."

The special envoy for Libya also said there will be direct Turkish Airlines flights to Libya's northwestern city of Misrata as of 26 October.

The sharp political divisions in Libya have yielded two rival seats of government, each of which its own set of institutions.

Two assemblies are currently vying for legislative authority: the recently-elected House of Representatives, which convenes in Tobruk; and the General National Congress, which -- even though its mandate ended in August -- continues to convene in the country's capital, Tripoli.