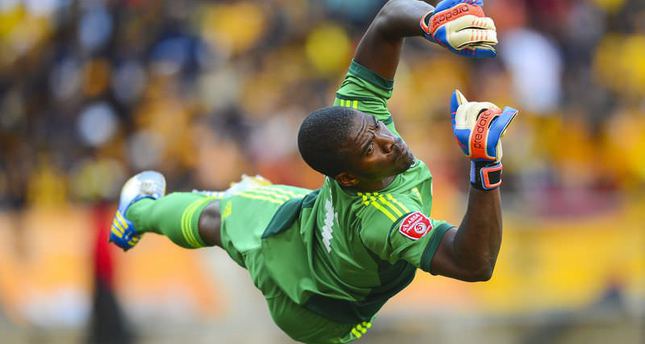 by Oct 27, 2014 12:00 am
South Africa and Orlando Pirates captain and goalkeeper Senzo Meyiwa was shot dead late Sunday near Johannesburg, with club officials describing his slaying as a "loss to the nation".

Police said the 27-year-old was killed late Sunday after burglars broke in to the house of pop-star girlfriend Kelly Khumalo, making off with a cell phone.

Police said there were seven people inside the house, including Meyiwa, when two suspects entered and another remained outside.

More than 17,000 people were killed in South Africa last year, but the slaying of a popular sporting hero has stunned even this crime-weary nation.

"Words cannot express the nation's shock at this loss," said President Jacob Zuma, amid a national outpouring of grief and anger.

Zuma said police must "leave no stone unturned in finding his killers" and bringing them to justice.

Police have offered an increased reward of 250,000 rand ($23,000) for any information leading to his killer's arrest.