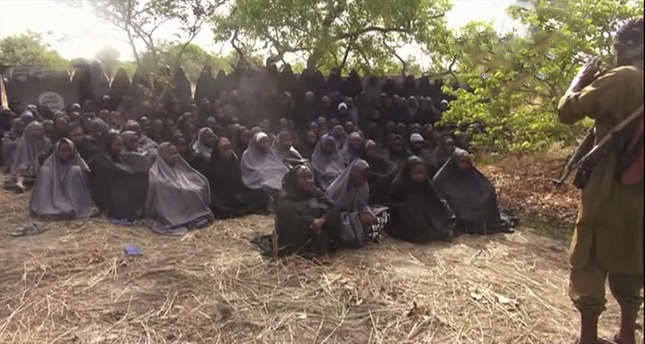 by French Press Agency - AFP
Nov 01, 2014 12:00 am
Boko Haram has claimed the 219 schoolgirls it kidnapped in Nigeria earlier this year have converted to Islam and been married off, according to a new video obtained by AFP on Friday.

The group's leader, Abubakar Shekau, also denied claims by Nigeria's government that it had agreed to a ceasefire and apparently ruled out future talks.

In addition, Shekau said the they were holding a German national, who was kidnapped in Adamawa state in northeast Nigeria in July.

The schoolgirls were kidnapped from the remote northeast town of Chibok in Borno state in April, raising global awareness about the group whose five-year insurgency in northern Nigeria has claimed an estimated 13,000 lives.

The new video comes after a surprise announcement by the Nigerian military and presidency on October 17 that a deal had been reached with the militants to end hostilities and return the children.

There was immediate skepticism about both claims. Previous ceasefires have proved fruitless and there is little trust in the influence of the purported Boko Haram envoy, Danladi Ahmadu.

Violence -- and fresh kidnappings -- have continued unabated since the announcement, including a triple bombing of a bus station in the northern city of Gombe on Friday that killed at least eight.

Nigeria's government maintains that talks are ongoing in the Chadian capital, Ndjamena. 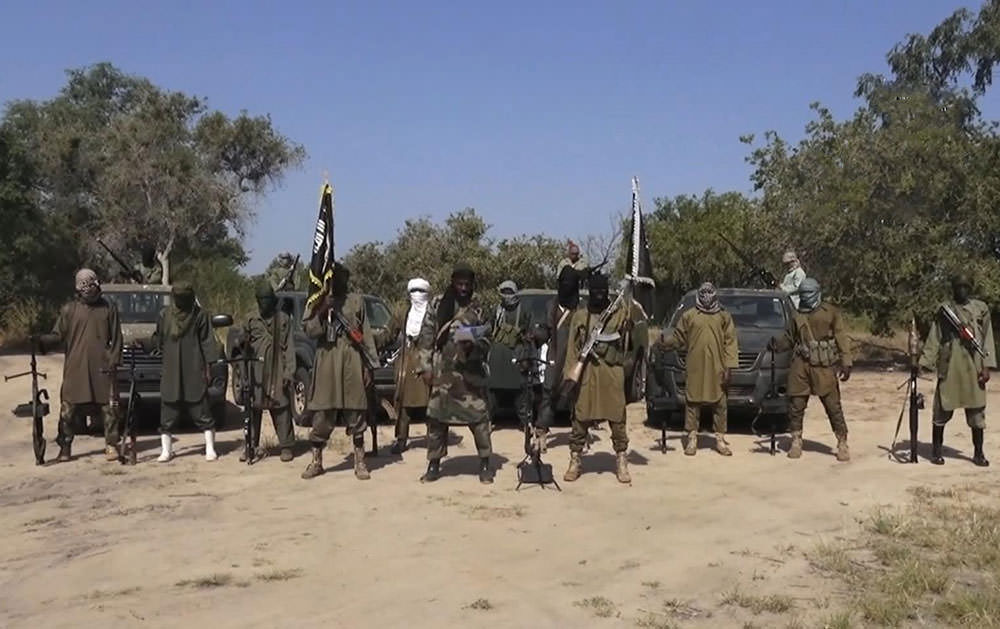 He also said he did not know Danladi.

There was no indication of when or where the video was shot but it was obtained through the same channels as previous communications from the group.

In it, Shekau mentions the Chibok girls for the first time since a video obtained on May 5, when more than 100 were shown in a rural location dressed in the hijab and reciting verses from the Quran.

Then, the militant leader said many of the girls had converted to Islam but in the latest, he indicated that all of those held had become Muslims.

Shekau previously threatened to sell the girls as slave brides and also suggested he would be prepared to release them in exchange for Boko Haram prisoners.

In the latest message, he said while laughing: "We have married them off. They are in their marital homes."

Human Rights Watch said in a report published this week that Boko Haram was holding upwards of 500 women and young girls and that forced marriage was commonplace in the militant camps.

One former hostage said she saw some of the Chibok girls forced to cook and clean for other women and girls who had been chosen for "special treatment because of their beauty".

Shekau's claim in the video that they were "holding your German hostage" is the first claim of responsibility for the abduction, which happened on July 16.

The German foreign ministry in Berlin said it did not want to comment when contacted by AFP.

Armed gunmen kidnapped the foreigner, who was said to be a teacher at a government technical training center in Gombi, about 100 kilometres (62 miles) from the Adamawa state capital Yola.

Suspicion immediately fell on Boko Haram, which has repeatedly attacked schools teaching a so-called Western curriculum, as well as teachers and students.

An offshoot of Boko Haram, Ansaru, has previously claimed the kidnapping of at least eight foreigners in northern Nigeria since 2012 but the group has been largely dormant for more than a year.

The group reportedly broke with Boko Haram to specifically target foreigners instead of Nigerians and executed seven expatriates it seized from Bauchi state in 2013.

In January 2012, Boko Haram kidnapped German engineer Edgar Raupach at a construction site on the outskirts of the northern city of Kano.

He was killed during a military raid on a Boko Haram hideout on the outskirts of the city four months later.

Kidnappings for ransom by criminal gangs are common in the oil-producing south. On October 24, armed men shot dead one German national and kidnapped another in Ogun state, southwest Nigeria.

Both were working for the construction firm Julius Berger. The hostage was later released, the company said on Thursday.

The United Nations refugee agency (UNHCR) on Friday said worsening Boko Haram violence in northeast Nigeria and cross-border attacks inside Cameroon had heightened fear and made it increasingly difficult to relocate refugees.

"Cameroonian civilians are living in a state of terror due to frequent insurgent attacks," a statement said.