Many feared dead after blast hits mosque in Nigeria 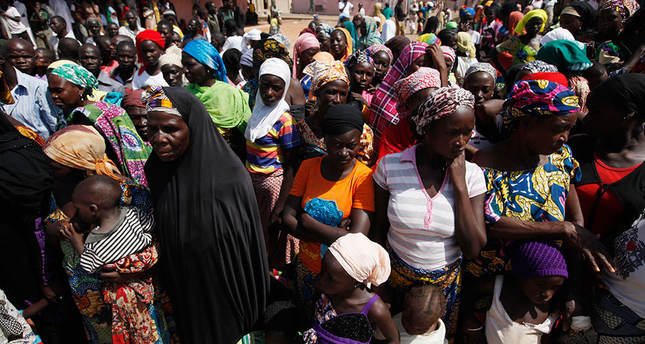 by reuters
Nov 28, 2014 12:00 am
Gunmen exploded bombs and opened fire on worshipers gathered at the central mosque of north Nigeria's biggest city, Kano, for Friday prayers, witnesses said, in an attack that bore the hallmarks of the Islamist militant group Boko Haram.

"These people have bombed the mosque. I am face to face with people screaming," said Chijjani Usman, a local reporter who had gone to the mosque in the old city for prayers himself.

The mosque is adjacent to the palace of the emir of Kano, the second highest Islamic authority in the country, although the emir himself, former central bank governor Lamido Sanusi, was not present at the time.

A staff member at the palace who also witnessed the attack said: "After multiple explosions, they also opened fire. I cannot tell you the level of casualties because we all ran away."

A police spokesman in Kano declined to make any immediate comment. There was also no immediate claim of responsibility, but suspicion is likely to fall on Boko Haram, which has for five years waged a campaign to revive a medieval Islamic caliphate governed by sharia law.

Boko Haram's fighters have killed thousands in gun and bomb attacks on churches, schools, police stations, military and government buildings, and even mosques that do not share their radical Islamist ideology. Hundreds of thousands have been driven from their homes.

They regard the traditional Islamic authorities in Nigeria with distain, seeing them as a corrupt, self-serving elite that is too close to the secular government.