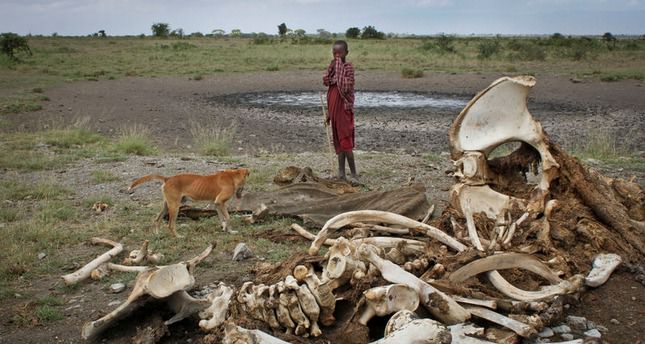 by Daily Sabah with AFP
Nov 29, 2014 12:00 am
Tanzania dismissed as false claims by activists that it is planning to evict thousands of members of the Maasai community from their traditional lands to create a hunting park.

Global activist group Avaaz alleged earlier this week that Tanzania had ambitions to turn 1,500 square kilometres (580 square miles) of land in the Loliondo district into a hunting reserve for a company catering to the royal family of the United Arab Emirates.

But Tanzanian President, Jakaya Kikwete, said on his Twitter account on Nov. 23 that there has never been, nor will there ever be any plan by the Tanzanian government to evict the Maasai people from their ancestral land.

Natural Resources and Tourism Minister Lazaro Nyalandu also called the report false and said he would travel next month to the region to meet with Maasai leaders to reassure them.

"The government has no such plans and never entertained the idea of evicting the Maasai,"

Avaaz, which has collected an online petition of 1.7 million names, claimed Maasai community leaders had been told they would be offered one billion Tanzania shillings ($578,000) for their lands, less than $15 each for 40,000 of them to leave.

The government scrapped plans for a hunting park in Loliondo last year.