US hostage held by Al-Qaeda killed in Yemen 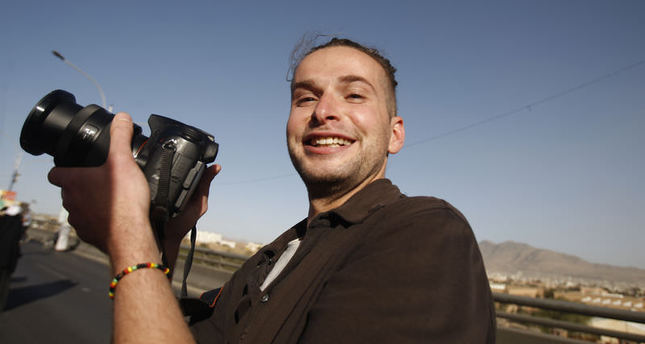 by AA Dec 06, 2014 12:00 am
A U.S. hostage held by the Al-Qaeda group has been killed during a rescue operation in Yemen's southern Shabwah province, a senior Yemeni security source said on Saturday.

"Luke Somers was killed during a military operation to rescue him in Nisab town," the source, requesting anonymity, told The Anadolu Agency.

The source, however, declined to give further details.

Earlier, a military source had told the Yemeni Defense Ministry's website that Somers had been freed during the operation.

His sister, however, told The Associated Press that her brother had been killed during a failed attempt to free him.

Somers, 33, was abducted by the Al-Qaeda group in September 2013 in the Yemeni capital Sanaa.

On Thursday, the Al-Qaeda group had threatened to kill Somers within three days unless Washington met its demands, which the group did not outline.

The group said in a video on Thursday that it would kill Somers, 33, within three days if the U.S. failed to give into its demands.

The group released a video of the U.S. hostage, in which urged U.S. authorities to intervene to rescue him.

The Yemeni government says Al-Qaeda remains active in several parts of the country's south, from which it stages sporadic attacks on army and police personnel.

Yemen has been dogged by turmoil since pro-democracy protests forced president Ali Abdullah Saleh to step down in 2012 after 33 years in office.
Last Update: Dec 07, 2014 11:27 am
RELATED TOPICS