A Somali woman struggles alone for a better Somalia 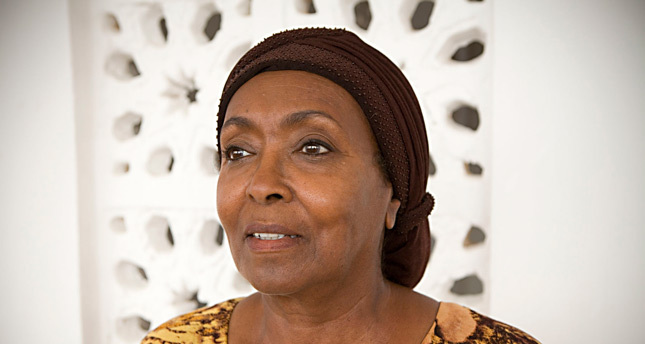 by Joseph Hammond
Dec 18, 2014 12:00 am
Development economists debate whether institutions or infrastructure is more important for a nation's development. Edna Adan, a retired Somali politician has done both, by building Somaliland's first proper hospital and working to train a new generation of medical professionals. At 76 years of age, Edna Adan has more energy than a woman half her age. The nurse-turned-U.N.- diplomat-turned-former foreign minister of Somaliland retired in order to launch the Edna Adan Hospital in Hargeisa, which aims to provide competent medical care for those living in the region. She's been likened a "Muslim Mother Teresa" and has received the French Legion of Honor. Edna Adan sold her car and poured her life savings into turning a former landfill into one of the better hospitals in rural Somalia that has a fraction of the mortality rates elsewhere in the country. Born the daughter of a Somali doctor, she was afforded opportunities that many of the other residents of British Somaliland were not. She didn't hesitate in seizing them, becoming the first woman to get a driver's license and the first woman to become a nurse. She married the first prime minister of Somaliland, and through the post, met many world leaders. An image on the wall behind the desk in her modest office shows a meeting between the heads of the United States and Somalia. In the photo, she is seen standing next to then U.S. President Lyndon B Johnson.

Yet, her life took a turn for the worse when Siad Biarre, a Somali military officer seized the country and imposed a cruel form of communism. "I was arrested several times, thrown in jail and spent some six months under house arrest subject to random searches "because I wasn't a communist," she explains. I was called an anti-revolutionary, a capitalist pig, an imperialist stooge, and a foreign agent – and they punished me. So when I got my passport back in 1975, I fled. With her medical training and language skills she worked at WHO and pretty soon had a career at WHO focusing on Africa, the Eastern Mediterranean and Afghanistan. She briefly worked in Libya under King Idris.

Her retirement would have a second consequence. She long dreamed of building a hospital in Mogadishu but, before it was finished in the early 1980s a civil war broke out. "I have deeds and documents, of course, but it means little when someone uses force. I haven't been back to Mogadishu to see it, but I heard that when the Americans were there for "Operation: Restore Hope," the hospital was rented to the marines as a container storage depot." The failed venture cost her over $100,000 - money that could have helped with her current project.

After retirement, she did a stint in Somaliland politics, where she briefly parlayed her experience as a WHO diplomat to become foreign minister of the breakaway region. She even had to fund some of the operations of the ministry herself. Despite the struggle, she remains adamant that the Somaliland separatist path has been vindicated, "I think Somaliland is better today. It is still unrecognized internationally as a separate country, but we're doing far better unrecognized and stable than Somalia is doing as a recognized, yet unstable, country. Yes, recognition has brought them international aid money to loot and license, but it hasn't taught them how to govern a country. Meanwhile, we in Somaliland have pulled ourselves up by our boot straps."

Yet it is medicine, not politics which is her real passion, and upon returning to Somaliland, she sold her car and began planning for the Edna Adan Maternity Hospital University, "The plan was always a maternity hospital but the reality has dictated that there is much more needed than a maternity hospital. It is now a general hospital: there are very often more male patients than female patients."

She also opened a small university on the higher floors of her hospital to train Somaliland's next generation of medical staff. "There are not enough trained health workers in the county," she laments, while Somaliland has thousands of colleges and institutes in English. She focuses on quality, while the first year had 150 students in the first year and 180 in the second year, she also puts a premium on making sure that instruction is given in English, the international language of medicine. "I'm not going to say every single word in any given lecture is in English," but "Edna checks in on the classes frequently to make sure educational standards are maintained" a visiting doctor at the hospital explains.

In December 2013, 42 students graduated from the hospital, a step toward Edna's goal to educate 1,000 midwives in Somaliland (she is still roughly 800 away from that target she explains). The UNFPA has been vital in helping her fulfill this dream, and have helped fund three classes. You look at the map of Somaliland, and there are vast areas where no midwives operate. She travels frequently to draw attention to her cause: in New York to meet with people in the U.N. or traveling the continent from Gabon in West Africa to neighboring Ethiopia to spread the message. "This hospital is a small step but we're moving in the right direction," she said.