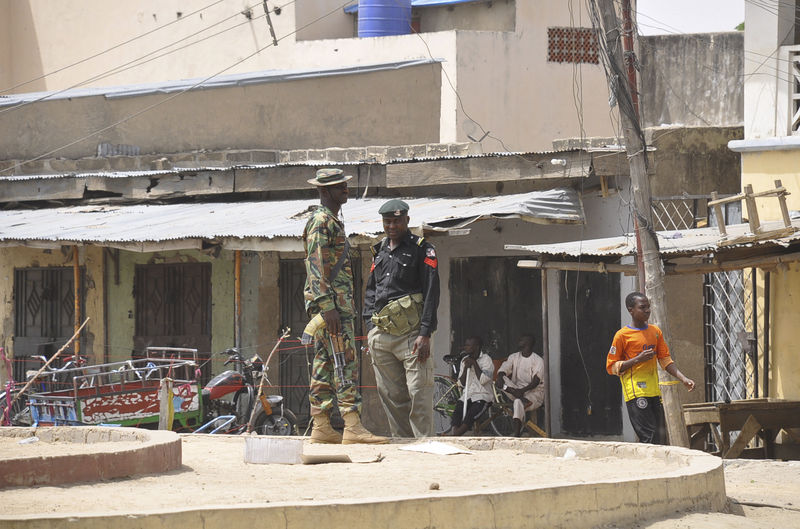 by Mar 07, 2015 12:00 am
Fifty-five people were killed in five suicide bombings in the Maiduguri area of north-eastern Nigeria on Saturday, police said.

In addition, 146 people were injured, said Clement Adoba, the commissioner of police in Borno state.

Four of the attacks occurred in the state capital Maiduguri and the other at a military checkpoint at about 70 kilometres from the city.

Police did not give details on the attacks, but witnesses said at least two of them were carried out by female suicide bombers.

At least nineteen people were killed when one of the bombers blew herself up at the Baga Road fish market, officials and witnesses told dpa.

Other people were reported killed in a separate attack a short time later at the city's Monday Market and others at a bus terminal, said Ali Ibrahim, a lawmaker with the ruling state party All Progressives Congress.

No group has claimed responsibility for the attacks, but politicians said they suspected Boko Haram insurgents were behind them.

Boko Haram, which has killed more than 13,000 people in Nigeria since 2009, controls large areas in the north-east. It is also carrying out cross-border raids into Chad, Cameroon and Niger, which have joined Nigeria to form a military coalition.
Last Update: Mar 07, 2015 11:35 pm
RELATED TOPICS