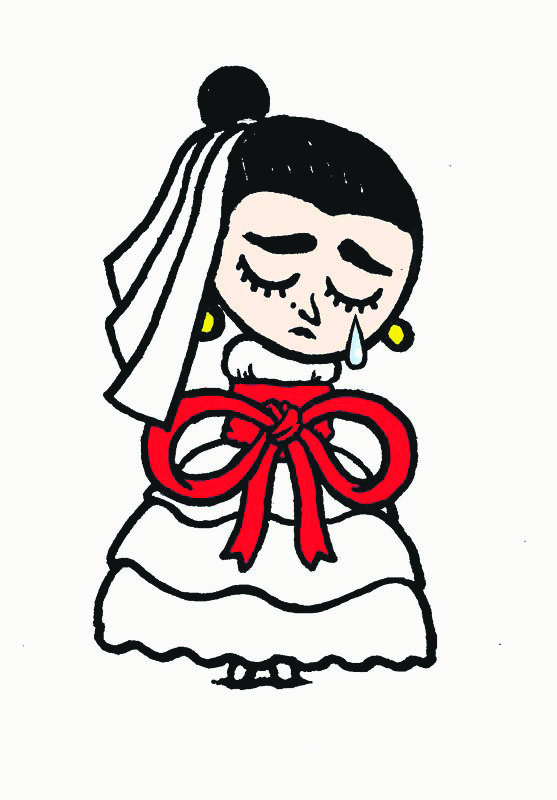 by Anadolu Agency
Mar 09, 2015 12:00 am
In Seke, a rural community some 45 kilometers southeast of the Zimbabwean capital, Harare, dozens of men and women came together to discuss the impact of child marriage. "Most girls who are getting married early are doing so because their parents are poor and are looking for money," Dapson Muza, 66, told Anadolu Agency (AA). Tandiwe Kaseke, a 49-year-old widow from Chamboko village in Seke, agreed. "In my village, a 14-year-old girl was forced into marriage by her parents due to poverty," she said. "Now, she is in hospital due to pregnancy complications," Kaseke lamented. No studies have been conducted yet on the number of child marriages in Zimbabwe, but the U.N. estimates that 31 percent of the country's girls tie the knot at an early age. Beatrice Savadye, director of ROOTS, a local nongovernmental organization that helped organize the discussion, admitted that many men still shy away from discussing the issue of early marriage. "It is difficult to convince men to attend such events as they feel the fight is taking away their rights," she told AA. "But I am happy that at least 100 men - and several women - attended," Savadye said. "The few men who attended will hopefully persuade their colleagues [and peers] to change." Stanley Chimanikire, the traditional leader of Seke who sponsored the event, cited legal difficulties that sometimes accompany early marriage. Zimbabwe's 2013 constitution allows for consensual marriage between people who are 18 years old and above. Under the Marriage Act, the legal minimum marriage age for boys is 18, while for girls it is 16. A 16-year-old girl can marry, provided there are witnesses and a license from the Justice Ministry. The consent of her parents is not required. Under the law, a man shall have one wife and it is illegal to marry a second while the first marriage is still valid. Marriages are officiated by marriage officers or in a court of law. The Customary Marriages Act, however, does not set a minimum marriage age for girls. Girls under 16 can marry with the consent of their parents or guardians, while boys cannot marry before turning 18. The customary law allows polygamy. Tradition allows Zimbabwean men to enter into polygamous marriages - sometimes with women as young as 15. Chimanikire pledged to fight for the amendment of the country's marriage laws. "We need to tell the people who make the laws to synchronize them and come up with something that is right," he told AA. "If the law exonerates a man who sleeps with a young girl consensually, this is against the spirit of our culture. We teach our children to abstain [from sex] until they are adults."
Last Update: Mar 09, 2015 1:10 am