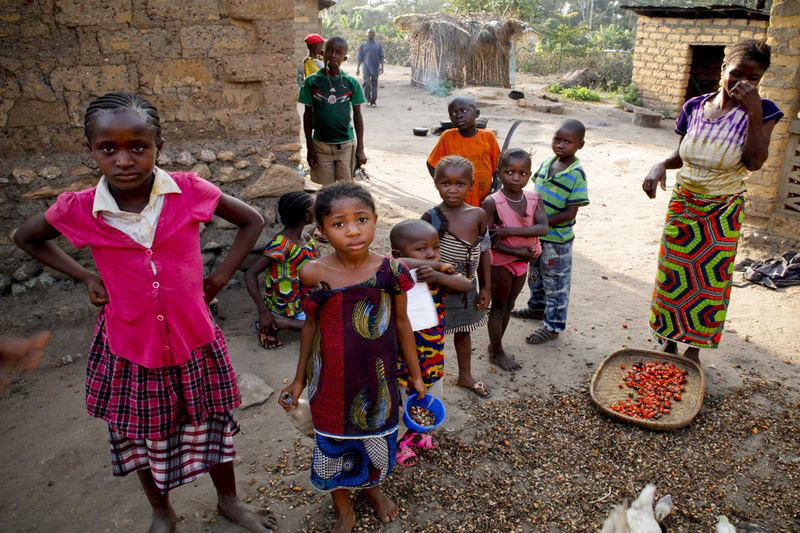 | Photo: Reuters
by Daily Sabah Mar 17, 2015 12:00 am
With 9 million children living in areas impacted by the Ebola outbreak in West Africa, the disease has had a devastating impact on many of them including some 5,000 children who have been infected, the UN Children's Fund said in a report released.

Some nine million children have seen "death and suffering beyond their comprehension," and protecting them and their communities is critical in the fight against Ebola in West Africa, the report says.

Of the more than 24,000 people infected, some 5,000 are children, which makes up about 20 percent of the total number of infections, while 16,000 children have lost one or both of their parents to Ebola, according to the report.

It also points to the central role communities are playing in the response and shows encouraging trends in safe behaviors. In Liberia, for example, a survey indicates that 72 percent of people believe anyone with Ebola symptoms will get better care at a treatment centre, which is significant because many used to keep Ebola victims at home, spreading infection in the community.

"The outbreak will not be over until there are zero cases, and every single contact has been traced and monitored," said Barbara Bentein, UNICEF's global emergency coordinator for Ebola.

"We cannot afford to let our guard down. At the same time, basic services need to be re-established safely and responsibly, using the assets of the response."

According to the latest figures from the World Health Organization, more than 24,000 people have been infected by Ebola, while the death toll stands at 10,144.
Last Update: Mar 18, 2015 9:56 am
RELATED TOPICS