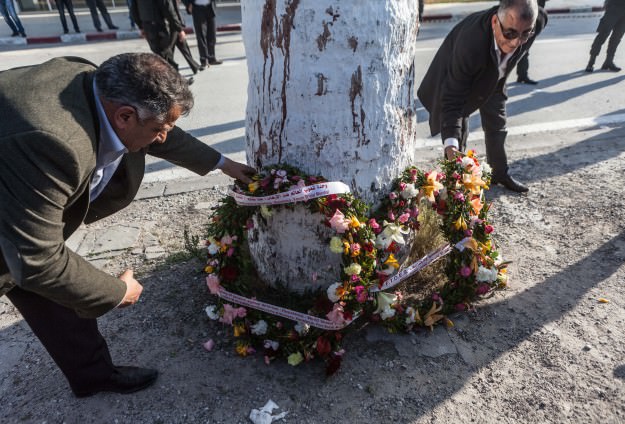 by Compiled from Wire Services Mar 22, 2015 12:00 am
Tunisia's Bardo Museum, which came under an armed attack on Wednesday that left 23 people dead, will reopen its doors on Tuesday but won't remove the traces of the attack, the museum's director has said.

"The traces of Wednesday's attack on the museum will not be wiped clean," Bardo Museum Director Moncef Ben Moussa told The Anadolu Agency.

At least 23 people, including 20 foreign tourists, were killed Wednesday when gunmen stormed Tunis' Bardo Museum. A third gunman in the massacre of tourists is still at large four days after two others were killed.

"Two were killed, but there is one who is now on the run," he said. "In any case, he will not get very far." This was the first acknowledgement that there were three attackers. Two others, who were killed by security forces, were identified as Jabeur Khachnaoui and Yassine Laabidi.

Responsibility for the massacre was claimed by the self-proclaimed Islamic State of Iraq and al-Sham (ISIS), an insurgency seeking to establish a caliphate across Iraq, Syria and other parts of the Muslim world.