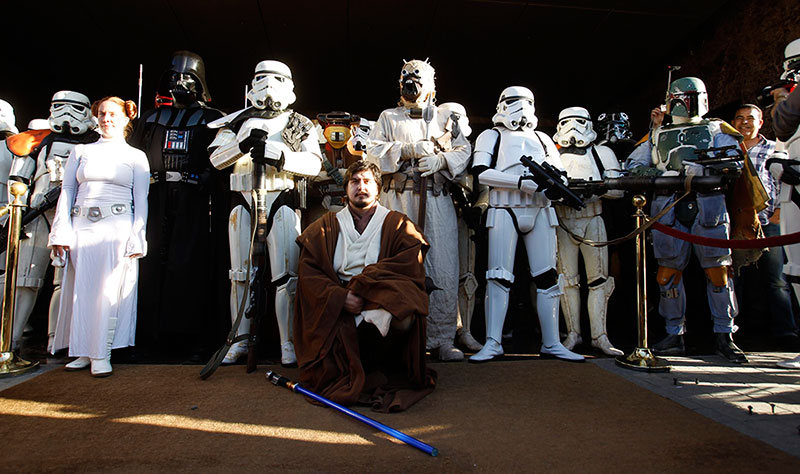 | Photo: Reuters
by Associated Press Mar 26, 2015 12:00 am
It was a flood of messages from concerned friends abroad that alerted the president of Tunisia's Star Wars fan club that the sets of his beloved film were under attack by militants, at least according to exaggerated reports in the foreign press.

In a country still reeling from a terrorist attack last week on a museum that killed 21 people, a misleading report from CNN that said the iconic sets were a "way station" for the radical ISIS group infiltrating from Libya soon went viral. The report suggested that the sets were vulnerable after recent arrests and discoveries of weapons caches near the town of Tatouine, which lent its name to Luke Skywalker's home planet.

Tunisian officials on Thursday made it clear that there was nothing to worry about.

"This information is false and without foundation and doesn't reflect the reality," said Mohammed Sayem, a member of the tourism commission in the western city of Tozeur.

Col. Mokhtar Hammami of the National Guard told The Associated Press he has 1,500 men, including special forces, canine units and bomb control experts under his command patrolling the area.

"I can tell you without a shadow of a doubt that all is normal, in fact we've seen a big influx of foreign tourists and Tunisians" in the area, he said.

The story was picked up widely and was trending on Twitter even though the main Star Wars sets are hundreds of miles west of Tatouine, on the other side of the country near Tozeur.

"We were obliged to reassure our friends and fans abroad that it's fine, everything is ok, the sites are protected there was even a festival of electronic music there a few weeks ago," said Amer. "There is a world of difference between an ISIS base and a music festival."

Concerns over security have heightened after last week's attack at the national museum that killed 21 people, including many foreigners.