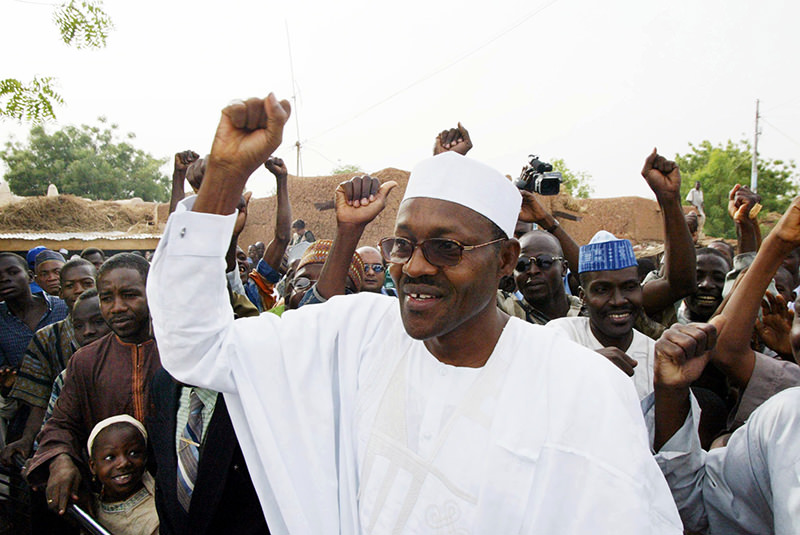 For the first time in Nigerian history, the democratic transfer of power was achieved through elections. The Muslim opposition leader, Buhari, won the 2015 presidential election

After 16 years of unbroken civilian rule, Muslim opposition leader Muhammadu Buhari became the new Nigerian president-elect in Saturday's presidential election. Buhari and his All Progressives Congress (APC) party's victory mark a clear democratic transfer of power that the country has been craving for to put an end to lasting political turmoil and violence. His victory could also lead to intense fighting against Boko Haram militants as a Muslim leader.

Buhari secured a majority of the total votes cast and obtained 25 percent of the vote in 27 states, as the Nigerian constitution requires.

"You voted for change and now change has come," Buhari said. "[Nigeria] has now joined the community of nations that have used the ballot box to peacefully change an incumbent president in a free and fair election," he said on Wednesday, according to African International Television, while urging a smooth democratic transition and calling on citizens to avoid post-election violence. "This was a hard-fought contest. Emotions are high. We must not allow them to get the better of us. This is not the time for confrontation. This is a moment that we must begin to heal the wounds and work toward a better future," he said. Buhari's democratic victory was welcomed by the African Union, which said that the election would lead to a "united [Nigeria] in facing the challenges of stability, security and development in their country." U.N. Secretary-General Ban Ki-moon on Wednesday congratulated Nigeria's new president-elect for his election victory saying: "The successful outcome of these polls is a testament to the maturity of Nigeria's democracy."

The Independent National Electoral Commission (INEC) declared that Buhari received a total of 15.4 million votes while defeating his closest rival, incumbent President Goodluck Jonathan and his People's Democratic Party (PDP) with 13.3 million votes in all 36 of Nigeria's states, according to figures released by News Agency of Nigeria. While Buhari won in all seven states of the northwest, Jonathan swept the southeastern states, as Nigerians often vote along religious and ethnic lines. Jonathan's PDP has been in charge since the democratic transition that ended military rule in 1999. However, a series of corruption scandals and the government's inability to fight against the Boko Haram insurgency in the northeast led to diminishing popularity.

Nigeria, the most populous and richest country in the region, and one of the largest oil producers in the world, suffers from some of the worst levels of economic inequality in the world. There is a stark contrast between the Christian south of the country and the Muslim north, which suffers from poverty, low employment rates, a lack of education opportunities and access to health care. The central government's power is extremely weak and largely unable to govern the north where powerful tribes maintain strict control.

Apart from political instability, Nigeria has become the fourth-deadliest country in the world, according to 2014 figures with 11,529 people killed. Compared to the previous year, the number of deaths almost tripled after the conflict with Boko Haram militants. The conflict intensified in the northern part of the country, according to a report released by the Project for the Study of the 21st Century think tank. The growing radicalization in northern states is seen as a crucial threat to both the future of Nigeria and global security.

Nigeria has been mired in a major crisis as Boko Haram has been continuing its violent acts unabated in the northern part of the country. The militants have carried out various deadly attacks in Nigeria's northeastern state of Borno, which has resulted in more than 2,000 deaths in only five days.

Who is Muhammadu Buhari?

The new elected Nigerian President-elect Muhammadu Buhari is a Muslim from the northern state of Katsina. The 72 year old former general who first came to power three decades ago via a military coup, campaigned as a born-again democrat intent on cleaning up Nigeria's corrupt politics. He was the winner of eighth election since the country won independence from Britain in 1960, and the fifth since democracy was restored in 1999.
The austere and strict Buhari has described himself as a belated convert to democracy, promising that he would stamp out the insurgency in the north waged by Boko Haram, the homegrown extremist group that has pledged fealty to the Islamic State and al-Sham (ISIS) in the Middle East.
During his brief 1983-1985 dictatorship he ruled with an iron fist, jailing people even for littering, and ordering civil servants who arrived late to work to do squats. He gagged the press and jailed journalists to cover up a deepening economic crisis as prices tumbled for the oil on which Nigeria's economy depends. He eventually was overthrown by his own soldiers.
Last Update: Apr 01, 2015 7:30 pm
RELATED TOPICS