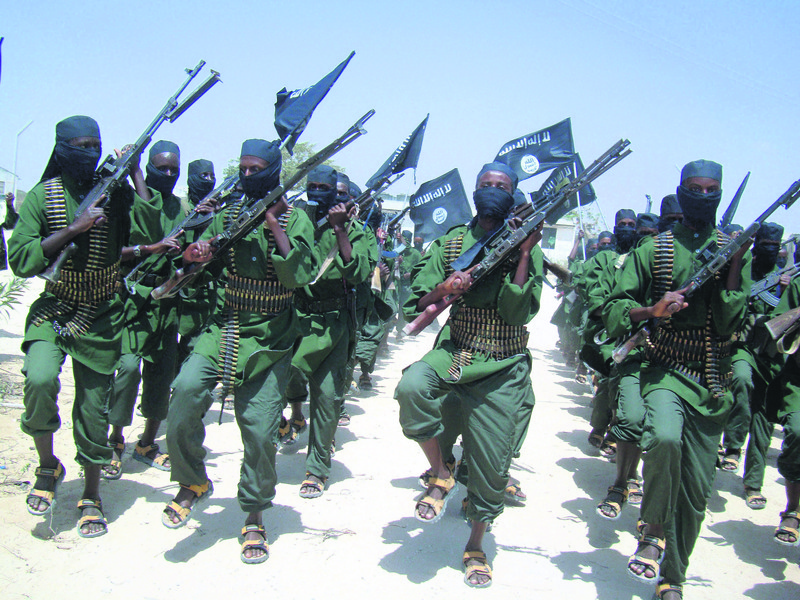 by French Press Agency - AFP Apr 16, 2015 12:00 am
Kenyan youths have begun construction of a security barrier along the vast and porous border neighboring war-torn Somalia, although critics have scoffed it cannot work, reports said Thursday. The proposed barrier is the latest in a string of measures Kenya has announced to stem attacks by Somalia's al-Qaida-linked al-Shabaab insurgents in the wake of a university massacre in the northeastern town of Garissa. Youths from a government youth training scheme started digging a ditch this week in Kiunga, Kenya's coastal Lamu district, which officials said would stretch for some 700 kilometers. "The fence will consist of various obstacles including a ditch and a patrol road," Immigration Services director Gordon Kihalangwa said, according to The Star newspaper. The government has given no details of the construction, cost or how long it will take to complete the fence, which would separate Kenya's northeastern ethnic Somali region from Somalia itself. However, Kenyan Vice-President William Ruto said Saturday that "the way America changed after 9/11 is the way Kenya will change after Garissa".

Al-Shabaab has warned of a "long, gruesome war" unless Kenya withdraws its troops from Somalia, where they have been fighting the militants since 2011. Cartoonist Victor Ndula in The Star newspaper drew an image of a half-built wall, with a hole knocked through labelled "corruption." "They are building a wall to keep us out but leave a gaping hole to let us in," a Shebab gunman says in the cartoon. Since the Garissa attack, Kenya has demanded the U.N. refugee agency shut down the world's largest refugee camp complex at Dadaab, and repatriate hundreds of thousands of Somalis by July. The U.N. has warned that would have "extreme humanitarian and practical consequences" and would violate international law. Nairobi has also frozen key money transfer companies vital for impoverished Somalia, sparking warnings by aid agencies that the move will hit the poorest hardest.

It has also suspended two key Muslim civil society organizations for suspected al-Shabaab links, which rights groups say will damage efforts to counter extremism. Since the attack, President Uhuru Kenyatta warned that the masterminds were "deeply embedded" inside Kenya, not just Somalia. A $215,000 bounty has also been offered for alleged Shebab commander Mohamud, a former Kenyan teacher also known as "Kuno", who is believed to in Somalia.
Last Update: Apr 16, 2015 11:40 pm
RELATED TOPICS