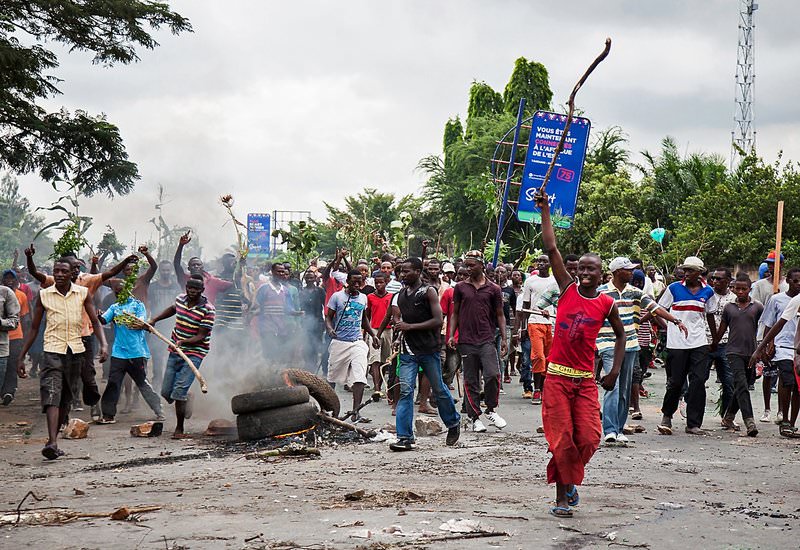 | AFP Photo
by Daily Sabah with Agencies May 13, 2015 12:00 am
A major-general in Burundi's army announced on Wednesday that he had ousted President Pierre Nkurunziza while he was away at an East African summit focused on the country's political crisis.
Godefroid Niyombare, a former intelligence chief, announced the coup on local radio station Radio Isanganiro.

He was sacked by Nkurunziza in February after criticizing the president's bid to seek a third term in the June 26 elections, which has sparked massive protests.

Amid protests and coup reports, Burundi's presidency said the coup attempt had "failed" in a message posted on Twitter.
"The situation is under control, there is no coup in Burundi," the message from the presidency read.

The protests were sparked in Burundi's capital after the ruling party announced on April 25 that it had nominated Nkurunziza as its presidential candidate. Many see Nkurunziza's decision to run again as a violation of the Arusha Agreements that ended Burundi's civil war in which more than 250,000 were killed.

More than 20 people have been killed since the protests erupted in the central African state around two weeks ago.

According to the United Nations, more than 50,000 Burundians have to flee to neighbouring countries in order to escape the violence.
Last Update: May 14, 2015 11:04 am
RELATED TOPICS