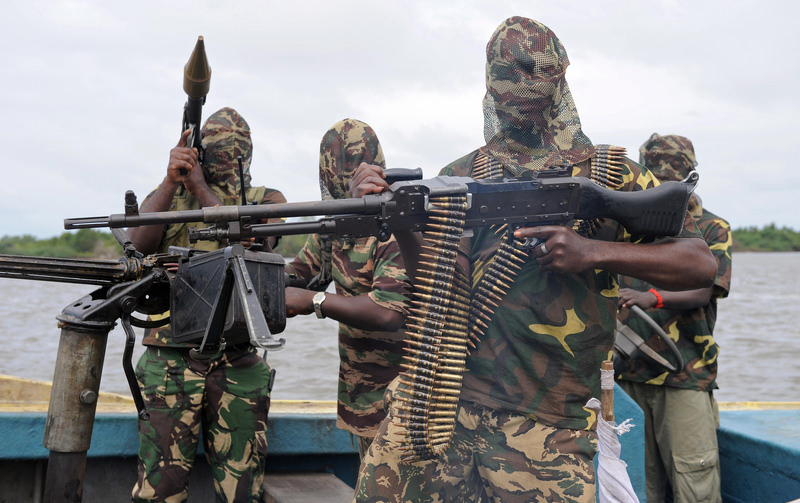 by Daily Sabah with AA Jun 11, 2015 12:00 am
Dozens have been killed in three northeastern Nigerian villages Tuesday night in separate attacks by Boko Haram militants, locals said on Thursday.

"We have information that the terrorists fleeing from Sambisa in different batches attacked villages of Buraltima, Dirmanti and Matangale on Tuesday night," Jubrin Gunda, spokesman of a local vigilante group, told Anadolu Agency over the phone.

"Information from our members in the area as well as people who have fled to Yola indicated that several people died while the terrorists also burned down houses and stole people's belongings."

Mamman Abdullahi, a local farmer who claimed to have fled Matangale in restive Borno State to Yola in the neighboring Adamawa State, said numerous people had died in the attack on his village.

"The attackers raided our homes, stole foodstuff and demanded money. They even threatened to return again which was why I fled with my family," Abdullahi told AA reporter, speaking in the local Hausa language.

He could not say how many people were killed in attacks on the neighboring communities.

Nigeria's defense spokesman Chris Olukolade could not be reached for comment.

But an army source at the Yola military headquarters confirmed the attack to Anadolu Agency.

"These elements are being targeted in our cordon operations. They are among the terrorists escaping from Sambisa. The attack on the villages is true but I do not have the details of how many people died," he told Anadolu Agency, asking not to be named.

Nigeria faces a six-year insurgency which has resulted in thousands of death, with millions of people displaced across the region and in neighboring Chad, Niger and Cameroon.
Last Update: Jun 11, 2015 9:44 pm
RELATED TOPICS