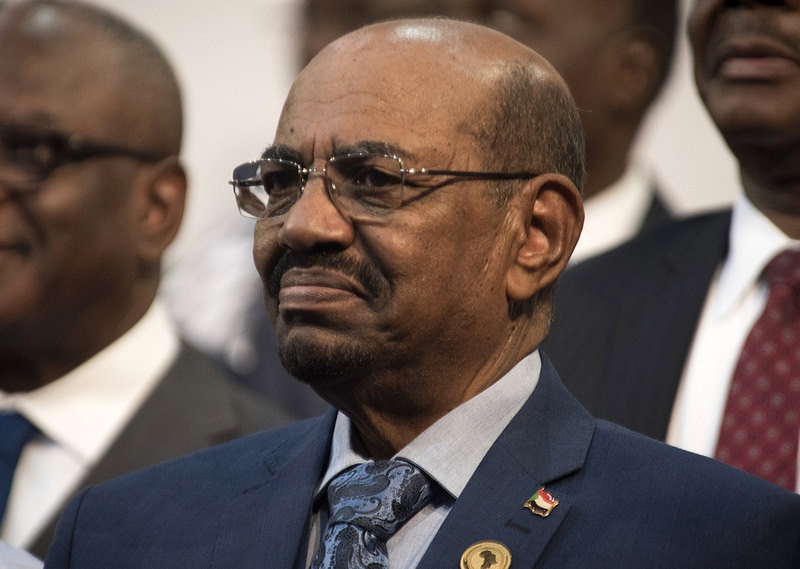 Sudanese President Omar al-Bashir is seen during the opening session of the AU summit in Johannesburg, Sunday, June 14, 2015 (AP Photo)
by Daily Sabah with AFP Jun 15, 2015 12:00 am
Sudan said on Monday President Omar al-Bashir's plane has left South Africa to Sudan, despite a court ordering him to stay as it decides whether to order his arrest over alleged war crimes and genocide.

"President Bashir's plane took off from Johannesburg and will arrive around 6:30 pm on Monday evening," State Minister for Information Yasir Yousef told AFP by phone.

"Bashir will address the crowds that will gather to meet him," he added. Bashir arrived in Khartoum on late Monday.

South African High court judges on Monday ordered that Sudanese President Omar al-Bashir be arrested, saying they were concerned that a order of the court to have Bashir kept in the country was not complied with, a local TV station reported.

"The respondents are forthwith compelled to take all reasonable steps to arrest President Bashir ... and detain him pending a formal request for his surrender from the International Criminal Court," Judge Dunstan Mlambo said.

South Africa is a signatory of the ICC, which has often been criticized for only targeting African leaders.

The ICC indictments all relate to the Darfur region, which erupted into conflict in 2003 when mostly black, African insurgents rebelled against Bashir's Arab-dominated government, complaining of economic and political marginalization.

The United Nations says 300,000 people have been killed in the conflict and another 2.5 million forced to flee their homes.