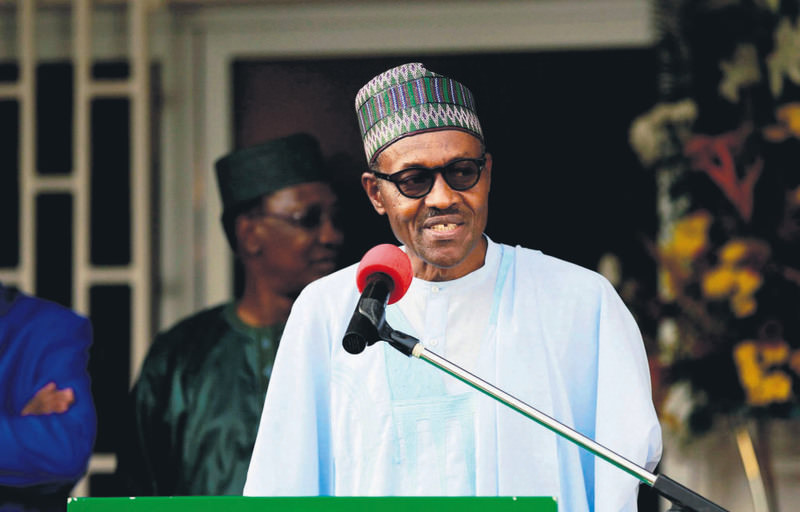 by Jul 01, 2015 12:00 am
Nigeria's President Muhammadu Buhari on Tuesday vowed to streamline the country's oil and gas sector to boost revenues and get Africa's biggest crude producer on a firmer financial footing. He earlier backed state governors to probe alleged plundering of a reserve account and why potentially billions of dollars in oil revenue were allegedly not paid into government coffers. Both measures come as Buhari tries to fulfil his pre-election pledge to tackle widespread graft and waste, particularly in the oil sector which provides most of the government's revenue. He told the heads of oil major Exxon-Mobil and the Nigeria Liquefied Natural Gas Company that politicking and "bureaucratic bottlenecks" by multiple state agencies had hit operations. The delegations were told "his administration will undertake appropriate reforms and implement fresh policies to boost national income from oil and gas production", according to his office.

It would also improve security to increase investment in the sector, as oil theft, maritime piracy and pipeline vandalism had exacerbated the global fall in the price of crude. Reforming Nigeria's notoriously opaque oil sector is just one task on a long to-do list for Buhari, with Africa's largest economy in terms of GDP hit hard by the halving of crude prices since 2014. Government projects have been put on hold or scrapped and this year's budget reviewed. Many public sector workers have not been paid for months and last week Buhari said his predecessor Goodluck Jonathan's administration had left the treasury "virtually empty".

Buhari has been advised to overhaul the state-run Nigerian National Petroleum Corporation (NNPC) and scrap a controversial fuel subsidy scheme that critics say is ripe for fraud. Last week, he dismissed the entire board of the NNPC, which is widely seen as riddled with corruption, and on Monday evening further signaled his intent by approving the governors' probe. The governor of southern Edo state, Adams Oshiomhole, said a four-man panel will look at NNPC accounts on crude oil sales between 2012 and May this year. "The NNPC claimed to have earned 8.1 trillion naira ($40 billion, 36 billion euros), what NNPC paid into the Federation Account... was 4.3 trillion naira," he said. "What it means is that NNPC withheld and spent 3.8 trillion naira... That tells you how much is missing, what is mismanaged, what is stolen. These are huge figures," he alleged. The governor of the Central Bank of Nigeria, Lamido Sanusi, last year claimed $20 billion in oil revenue had not been remitted from 2012 to 2014. Jonathan's government disputed the figures and in the political row that followed, Sanusi was dismissed. Oshiomhole said the panel would also look into a massive dip in Nigeria's excess crude account, into which the difference between government-set oil prices and the international rate is deposited. He said the "rainy day" account has plunged to $2 billion from $4.1 billion in November 2014.

Buhari, a former military ruler with a reputation for an autocratic stance on graft and "indiscipline", is just one month into his presidency and yet to appoint a cabinet. The spokesman for Buhari's All Progressives Congress (APC) party, Lai Mohammed, told reporters in Lagos on Tuesday that the excess crude account fund had been depleted "without explanation". "The rot met by the Buhari administration is sickening and the president is working hard to plug all loopholes for siphoning public funds, in addition to recovering looted public funds," he added. "This is just the beginning of the fight against corruption," he added. "It will no longer be business as usual as the Buhari administration seeks to make sure that every kobo (0.01 naira) of national funds is spent for the benefit of Nigerians, not to fill the deep pockets of a few fat cats," he added. Former finance minister Ngozi Okonjo-Iweala's spokesman immediately dismissed the claim of unauthorized spending as "false, malicious and totally without foundation". The APC claims were a "political witch-hunt". All spending had been accounted for and published, said Paul Nwabuikwu.
Last Update: Jul 01, 2015 9:54 pm
RELATED TOPICS