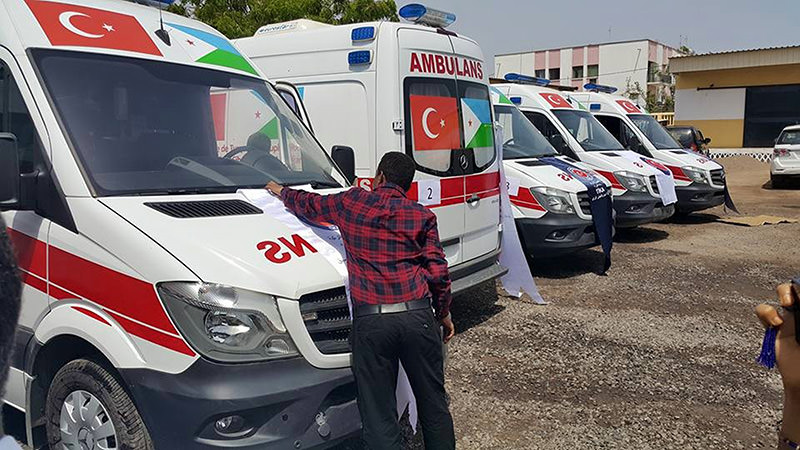 According to Ambassador Hasan Yavuz, the six ambulances were sent to Djiboutian Health Ministry officials by the Turkish International Cooperation and Coordination Agency (TIKA), while the medical equipment was sent by Turkey's Prime Ministry Disaster and Emergency Management Presidency (AFAD).

Both agencies are run by the Turkish government.

In February, Turkish Health Minister Mehmet Muezzinoglu and his Djiboutian counterpart, Kassim Issak Osman, signed a donation agreement in Ankara paving the way for the delivery of the ambulances.

Turkey's relations with Djibouti, a country of less than a million people, have developed steadily in recent years, with Turkey opening an embassy in Djibouti in 2012. Djibouti followed suit the following year, when it opened its own diplomatic mission in Ankara.

According to Yavuz, the six tons of donated medical equipment is intended for refugees in Djibouti who have recently fled war-torn Yemen.

Despite the fact that Djibouti is considered one of the world's 20 least developed countries, it is the only country in the Horn of Africa region to welcome refugees from Yemen, which lies just across the strategic Bab al-Mandeb Strait.