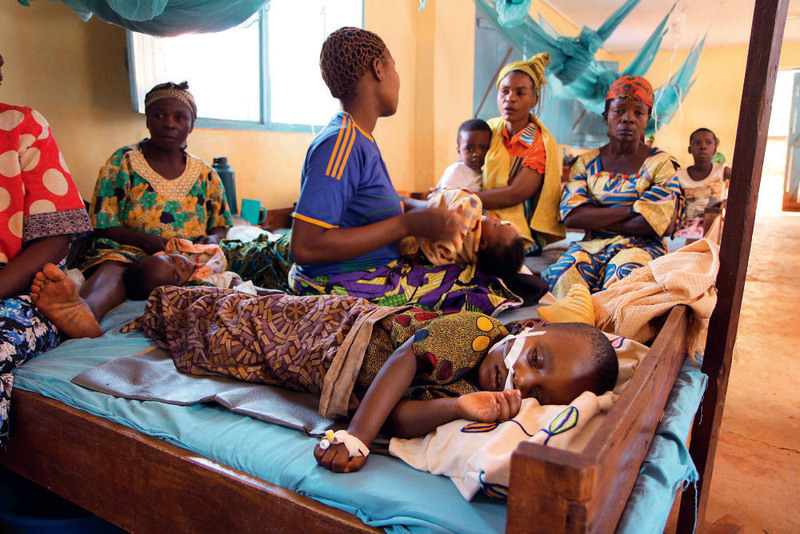 by Lila Hassan Jul 14, 2015 12:00 am
Not long after the start of the third International Conference on Financing for Development, the U.N. and its partners have already begun launching commitments and initiatives. Within the first day of the conference, global leaders, gathered in the Ethiopian capital Addis Ababa, have launched a new initiative to end maternal and child mortality by 2030.

Secretary General Ban Ki-moon's Global Strategy for Women's, Children's, and Adolescents' Health and the Sustainable Development Goals (SDGs) expected to be adopted in September at the U.N. General Assembly are going to be supported by the Global Financing Facility (GFF).

At the launch of the initiative, Ban Ki-moon said, "Our vision is clear: to end all preventable maternal, child and adolescent deaths within a generation and ensure that women, children and adolescents thrive," adding that "[t]hey are our greatest untapped resource for driving the transformative SDG agenda."

According to 2014 estimates developed by the U.N. inter-agency Group for Child Mortality Estimation, deaths of children under five years old have declined from 12.7 million in 1990 to 6.3 million in 2013. While there has been an obvious drop in child mortality since 1990, the organizations involved in developing the estimates warn that there were still around 17,000 children-under-five deaths every day in 2013, mostly from preventable causes.

The leading causes of death among children under five years old are birth complications, pneumonia, complications during labor and delivery, diarrhea, and malaria.

In the most recent progress report by the Millennium Development Goals, Ban pointed out that the most underachieved and neglected targets and goals were those focusing on women and girls. He wrote: "Too many women continue to die during pregnancy or from childbirth-related complications. Progress tends to bypass women and those who are lowest on the economic ladder or are disadvantaged because of their age, disability or ethnicity." Also, according to the report, the maternal mortality ratio is 14 times higher in developing regions than the figures of those in developed regions and only half of pregnant women in developing regions receive the minimum recommended of four antenatal care checkups.

In addition to the new initiative, $12 billion in domestic and international, private and public funding was announced to have been committed to five-year investment plans for women's, children's and adolescents' health in the four GFF front-runner countries of the Democratic Republic of the Congo, Ethiopia, Kenya and Tanzania.

Ban Ki-moon, praising the research efforts detailing the benefits of developing adequate health care for women, children, and adolescents, warned that without additional financing, the goals will not be reached. He noted that "despite compelling evidence, public and private sector financing for women's and children's health has not been adequate."
Last Update: Jul 14, 2015 10:12 pm
RELATED TOPICS