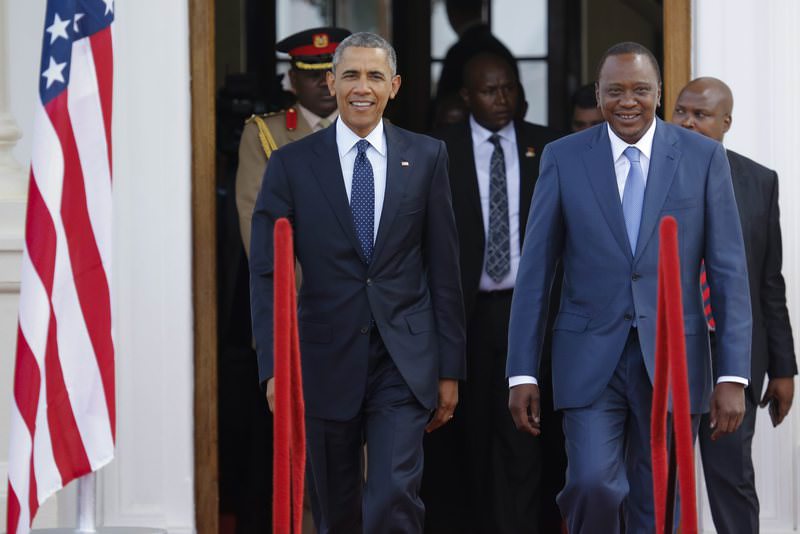 US President Barack Obama (L) and his Kenyan counterpart Uhuru Kenyatta (R) arrive at for a joint news conference at the State House in Nairobi, Kenya, 25 July 2015. (EPA Photo)
by Associated Press Jul 25, 2015 12:00 am
Kenyan President Uhuru Kenyatta said on Saturday that gay rights are a priority on Kenya's agenda and rejected the U.S. president Obama's call for equal gay rights

Kenyatta was asked about gay rights during a joint news conference with President Barack Obama in Nairobi. Obama voiced strong support for gay rights in Africa.

But Kenyatta says while the U.S. and Kenya agree on a lot, there are some things that cultures or societies just don't accept.

Gay sex is a crime in Kenya punishable by up to 14 years in prison.

Kenyatta says it's very difficult to impose beliefs on people that they don't accept. He says his government wants to focus elsewhere.

Kenyatta says after Kenya deals with other, more pressing issues such as terrorism, it can begin to look at new issues. But he says for the moment, gay rights isn't at the forefront for Kenyans.
Last Update: Jul 25, 2015 10:09 pm
RELATED TOPICS