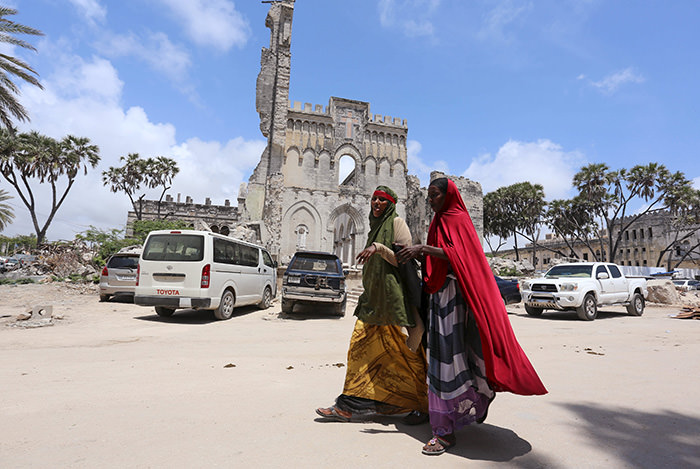 Somali women walk in Mogadishu, Somalia, November 3, 2015 (Reuters Photo)
by Dec 23, 2015 12:00 am
Somalia's government has banned celebrations of Christmas and New Year in the country, saying the festivities might attract terrorist attacks.

Director General of Religious Affairs Mohamed Khayrow said security forces had been ordered to break up any such celebrations. "There should be no activity at all," he said. Nur Barud Gurhan, of the Supreme Religious Council of Somalia, said that non-Muslim festivities might provoke the ire of the Shebab, East Africa's Al-Qaeda branch, which is headquartered in Somalia.

Somalia is at least the second country to ban Christmas this year, after Brunei announced a similar prohibition. Somalia also issued a previous ban in 2013.

There are not many Christians living in Somalia, although a bombed-out Italian-built Catholic cathedral remains a city landmark in the capital Mogadishu.