US shuts down drone operation base in Ethiopia 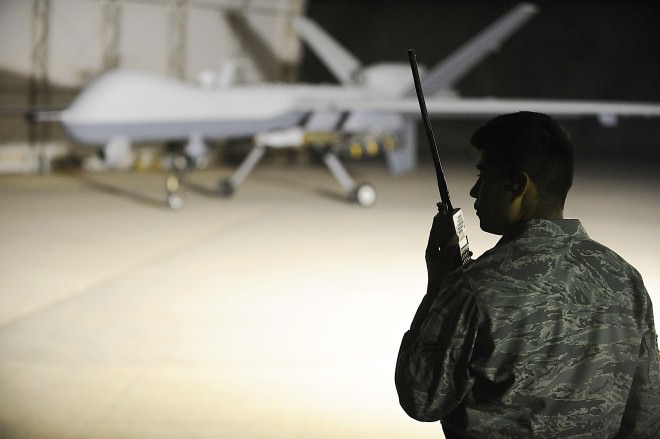 by Associated Press Jan 03, 2016 12:00 am
The U.S. government has shut down its drone operation base in southern Ethiopia, an embassy official announced.

A decision has been reached that the base in Arba Minch, 450 kilometers (280 miles) south of Addis Ababa, is no longer necessary, embassy spokesman David Kennedy told The Associated Press by email.

"U.S. military personnel are no longer in Arba Minch," Kennedy said. "In our ongoing bilateral discussions on defense cooperation, we reached a mutual decision that our presence in Arba Minch is not required at this time."

Ethiopian media reported about the base when it was set up in 2011 but the U.S. has never publicly confirmed its existence. A security expert in Addis Ababa, who insisted on anonymity for fear of Ethiopian government reprisal, said the base was used to attack Islamic extremists in Somalia.

Ethiopia is a staunch U.S. ally in East Africa and has sent hundreds of troops to Somalia to counter the Islamic extremist rebel group. Although Ethiopia has a history of human rights, it is also a key U.S. ally in the fight against al-Qaida and other Islamic extremists in the Horn of Africa.

Ethiopia had troops in Somalia between 2006 and 2009 to defeat extremists. Ethiopia redeployed its troops to Somalia in 2011 to combat al-Shabab. Al-Shabab, al-Qaida's East African affiliate, is fighting the internationally-backed Somali government. The rebels were pushed out of Somalia's capital, Mogadishu, in 2011 with the help of African Union troops. But al-Shabab still carries out numerous guerrilla attacks in Somalia and the countries contributing A.U. troops, including Kenya, Djibouti and Uganda.
Last Update: Jan 20, 2016 5:11 pm
RELATED TOPICS