Explosion in Somalia aircraft injures two onboard, forces plane to turn back 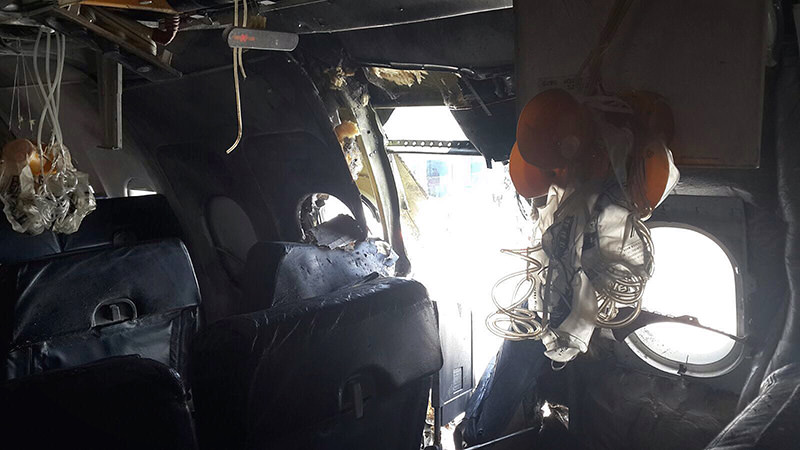 by Feb 02, 2016 12:00 am
Two passengers were injured in an explosion that blew a hole in the fuselage of a commercial plane taking off from the Mogadishu on Tuesday, an airline representative said.

There was no immediate explanation of the explosion from the airline or Somali government officials.

"Daalo airline was enroute to Djibouti but it landed shortly after it took off. A fire exploded and two passengers were slightly wounded," Mohamed Hussein, an agent for Daallo Airlines, the operator of the flight, told Reuters.

Daallo flies to several destinations in the Horn of Africa and the Middle East, its website showed.