US targets Daesh positions in overnight airstrikes in Libya 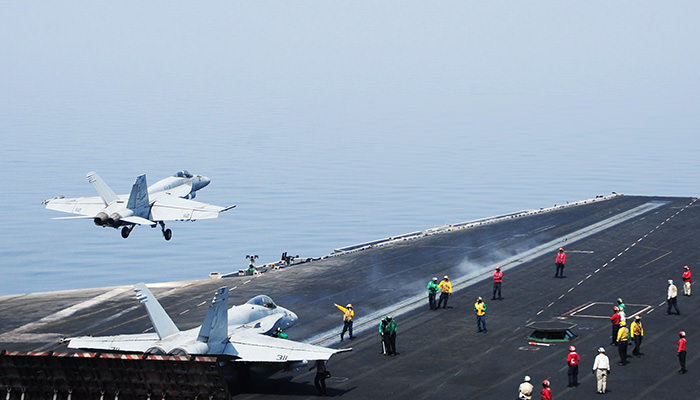 This official did not further identify the leader or the area in Libya where the airstrikes were conducted. This official spoke on condition of anonymity to discuss an operation that has not been publicly announced.

President Barack Obama earlier this year directed his national security team to bolster counter-terrorism efforts in Libya while also pursuing diplomatic possibilities for solving its political crisis and forming a government of national unity. While the Daesh has emerged in other places, including Afghanistan, Libya is seen as its key focus outside of Syria and Iraq.

The U.S. military has been closely monitoring Daesh movements in Libya, and small teams of U.S. military personnel have moved in and out of the country over a period of months. British, French and Italian special forces also have been in Libya helping with aerial surveillance, mapping and intelligence gathering in several cities, including Benghazi in the east and Zintan in the west, according to two Libyan military officials who are coordinating with them. The Libyan officials spoke on condition of anonymity recently with The Associated Press on this matter because they were not authorized to speak to the press.

U.S. officials predicted early this month that it would be weeks or longer before U.S. special forces would be sent, citing the need for more consultations with European allies. Additional intelligence would help refine targets for any sort of military strikes, but surveillance drones are in high demand elsewhere, including in Syria, Iraq and Afghanistan.

Adding to the concern in Washington and Europe is evidence that the number of Daesh fighters in Libya is increasing - now believed to be up from about 2,000 to 5,000 - even as the group's numbers in Syria and Iraq are shrinking under more unrelenting U.S. and coalition airstrikes.

Obama discussed the situation when asked during a news conference Wednesday at the closing of a summit in California where he hosted leaders of several nation members of the ASEAN (Association of Southeast Asian Nations) group.

"With respect to Libya," he said, "I have been clear from the outset that we will go after ISIS [Daesh] wherever it appears, the same way that we went after al Qaida wherever they appeared."

"We will continue to take actions where we've got a clear operation and a clear target in mind," the president said. "And we are working with our other coalition partners to make sure that as we see opportunities to prevent ISIS [Daesh] from digging in, in Libya, we take them. At the same time, we're working diligently with the United Nations to try to get a government in place in Libya. And that's been a problem." "The tragedy of Libya over the last several years is Libya has a relatively small population and a lot of oil wealth and could be really successful," he said. "They are divided by tribal lines and ethnic lines, power plays."

"There is now, I think, a recognition on the part of a broad middle among their political leadership that it makes sense to unify so that there is just some semblance of a state there, but extremes on either side are still making it difficult for that state to cohere," Obama told reporters.