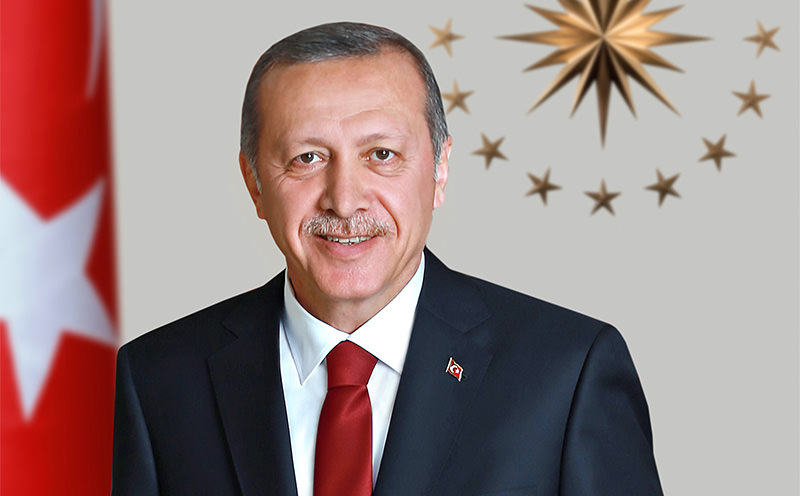 by Recep Tayyip Erdoğan
Feb 29, 2016 12:00 am
Turkey's relationship with the African continent dates back to the ninth century. Over the years, Turkish people always saw their African brothers and sisters as their equals and built bridges on the basis of mutual respect and appreciation.

Turkey, unlike colonial powers, has a history in Africa with no dark chapters. We might speak different languages, come from different ethnic backgrounds and look different, but the people of Africa have always been our partners and allies.

This legacy of solidarity plays a key role in the success of Turkey's partnership policy with Africa. Having visited Ethiopia, Djibouti and Somalia last year, I am visiting Cote d'Ivoire, Ghana, Nigeria and Guinea this week along with a large delegation of cabinet ministers, parliamentarians, government officials and members of the business community.

I sincerely hope that the visits will serve to strengthen Turkey's relations with the African continent and help improve political, economic and commercial ties between our nations.

In recent years, Turkey's efforts to build closer ties with the people of Africa proved quite successful.

Having kicked off the African Opening initiative in 2005, we were able to make solid progress in bilateral trade, political dialogue, education and foreign direct investments over the next eight years.

Our new Africa policy not only paid homage to Turkey's Afro-Eurasian legacy but also proved capable of addressing 21st century realities and challenges.

A decade later, we take pride in the fact that Turkey has been one of the four most active countries in the African continent.

Having obtained observer status at the African Union in 2005, Turkey quickly proceeded to become a strategic partner of the organization by 2008.

In 2014, a subsequent summit in Malabo, Equatorial Guinea institutionalized our cooperation.

We look forward to hosting the Third Turkey-Africa Cooperation Summit in 2019, where we hope to take our partnership to the next level and further strengthen our ties with the continent.

In the meantime, Turkey will continue to share its historical, social, political and cultural experiences as well as its opportunities and resources with our brothers in Africa.

In doing so, we will continue to uphold the principles of "African solutions to African problems" and the mutual benefit.

International trade data serves as a concrete measure of Turkey's growing partnership with the African continent.

Turkish Airlines, which flies to 48 destination in 31 African countries, is another source of pride for us. At this point, Istanbul has become a hub for African travelers bound for dozens of countries.

The emergence of Turkish Airlines as a prominent aviation company in Africa strengthens the ties between the Turkish people and African nations as Turkish businesspeople expand their networks across the continent.

In recent years, Turkey has become a prominent player in the international development community, where Western nations once held leadership positions.

The Turkish Cooperation and Coordination Agency (TİKA) along with the Turkish Red Crescent, the Ministry of Health and Turkish NGOs, have been helping people in need across the continent.

In 2013, Turkey contributed $781.2 million to official relief projects in Africa, which amounted to a quarter of Turkey's foreign aid budget that year.

We are also working hard to address Africa's need for an educated workforce.

Turkey's efforts in Somalia, among other places, represent one of the greatest accomplishments of humanitarian diplomacy.

In August 2011, during my tenure as Prime Minister, I paid an official visit to the country in an effort to raise awareness about the devastating effects of the East African drought.

In retrospect, the trip was a turning point for Somalia. Earlier this week, Turkey reiterated its support for the Somalian people by hosting the HighLevel Partnership Forum in Istanbul.

We are pleased to see that Turkey's role in rebuilding Somalia continues to receive the international community's respect and appreciation.

When I visited Somalia again in 2015, I was moved by the fact that the country was getting back on its feet.

I intend to visit Mogadishu again this year to inaugurate a valuable symbol of the importance Turkey attaches to the African continent.

Turkey's largest embassy will enter into service in Somalia within the coming months. "Even a little rain each day can fill the rivers to overflowing," as the African proverb goes.

A series of minor yet determined mutual steps since 2005, have led to a strong and institutionalized relationship between Turkey and the African continent.

I believe these visits to Cote d'Ivoire, Ghana, Nigeria and Guinea will create the necessary synergy to improve Turkey's cooperation with Africa.
Last Update: Mar 01, 2016 10:37 am