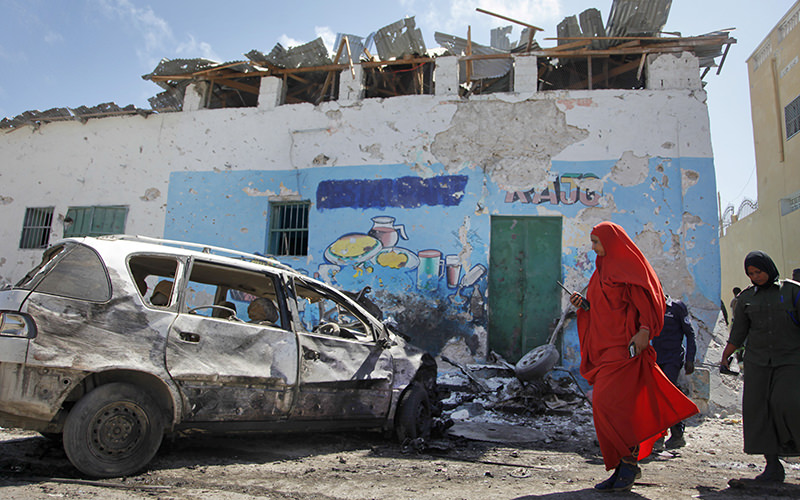 A female police officer inspects the scene of a car bomb attack outside a restaurant in the capital Mogadishu, Somalia Saturday, April 9, 2016. (AP Photo)
by Anadolu Agency Apr 09, 2016 12:00 am

The explosives-laden car was rammed into a busy restaurant in the city's Shibis district, Garowe Online reported, citing witnesses.

Other local media sources said the restaurant was mostly used by security personnel and tourists.

Abdifatah Halane, a spokesman for Banadir province which includes the capital, said damage to the restaurant and surrounding buildings was huge.

The attack came after a mortar attack killed three people in Mogadishu on Thursday.

There was no immediate claim of responsibility but the al-Qaeda-linked al-Shabaab is suspected of involvement. The group emerged from the chaos of Somalia's civil war and in recent years has carried out a number of attacks in Somalia and neighboring countries, including Kenya.